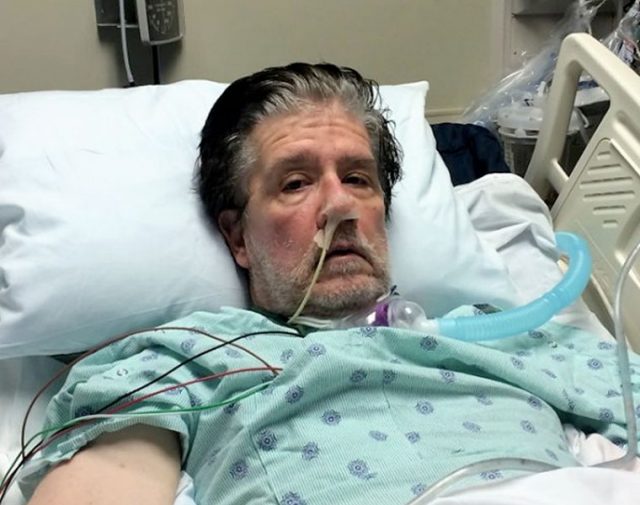 Before Jerry Conway’s experience with Cipro and Levaquin, he was an active, fit 57-year-old.

“I was in exceptional shape and ate very healthy for years. I worked out diligently at the gym three times every week,” the Texas man told Drugwatch. “Regardless of the weather, I walked five and a half miles, four days a week. On weekends, I would take my mountain bike out for a 25-mile ride on both days.”

Though the Dallas-area office worker was in good health, he had occasional respiratory infections. In 2014, his doctor prescribed two powerful fluoroquinolone antibiotics to knock out a sinus infection. Conway wasn’t concerned about possible side effects. He assumed the infection would disappear and he would return to his active lifestyle.

Instead, his world turned upside down the night of October 7, 2014.

“I felt like a 300-pound person was standing on my chest,” Conway said. “I was not feeling well for the previous 10 days, but thought it may be the flu. When it got worse, I drove myself to the ER.”

From there, things spiraled out of control for Conway.

He admitted to the emergency room at Texas Health Presbyterian Hospital Plano, where he received his last rites. He had no idea what was going on.

Doctors performed an 11-hour, double-bypass surgery for a heart attack. During the surgery, Conway had a stroke. He suffered an aortic dissection, and doctors gave him a 5 percent chance of survival. They placed him into a medically induced coma.

When Conway woke up four weeks later, he was in rehab and felt like a dozen 18-wheelers ran over him.

“I suffered so many setbacks because of this,” Conway said. “I had two tracheotomies and after being finally being released from rehab four days later, my windpipe collapsed. I entered the ER weighing 207 pounds. Four months later after leaving rehab I weighed 163 pounds and had no strength.”

Prior to suffering the aortic dissection, Conway enjoyed a comfortable life with a good job. But he lost his job and could not find work for a year. He lost his apartment and his two beloved dogs. He lived in his car for several months.

“Because I had no money coming in during this time, I was forced to panhandle and was arrested by Dallas PD for panhandling,” Conway said. “I spent a night in county jail because of this.”

Conway tried to find hope that he would eventually improve his circumstances. But, day after day, he suffered more setbacks. With his medical expenses climbing past $2 million, he declared bankruptcy.

Through sheer force of will, he found another job and eventually got off the street. But he earns half of what he used to make, and it is a struggle to pay for ongoing medical expenses.

“Today, I do my best to move on from this but the stroke has killed the nerves on my left side,” he said. “I can barely walk and require very painful weekly lymphatic massages to try to make sure my current physical condition does not worsen. My insurance does not cover any of this so this is all out-of-pocket expenses.”

A Lawsuit and Looking to the Future

While doing research, Conway discovered the connection between fluoroquinolone antibiotics and aortic aneurysms and dissections. With no history of heart problems in his family, he was convinced the antibiotics had something to do with the complications he suffered.

“I am angry that these medical companies never told us of the risks,” Conway said. “My heart doctor told me that I was so bad he never thought that I would make it out of rehab. My respiratory doctor told me that my heart issues were the worst he ever witnessed.”

He filed a lawsuit against the manufacturers of Cipro and Levaquin. The case is pending.

“I did spend years taking great care of myself so that something like this would not happen to me. Causal connection to taking these two drugs and what I have been dealing with? I would say absolutely!”

Today, Conway does his best to live with his new life. He hopes the lawsuit will afford him enough money to pay for his medical bills and keep him as healthy as he can be.

“This has been a very humbling experience. I am still grateful to be alive.”

Kevin Connolly Managing Editor
Who Am I Calling?