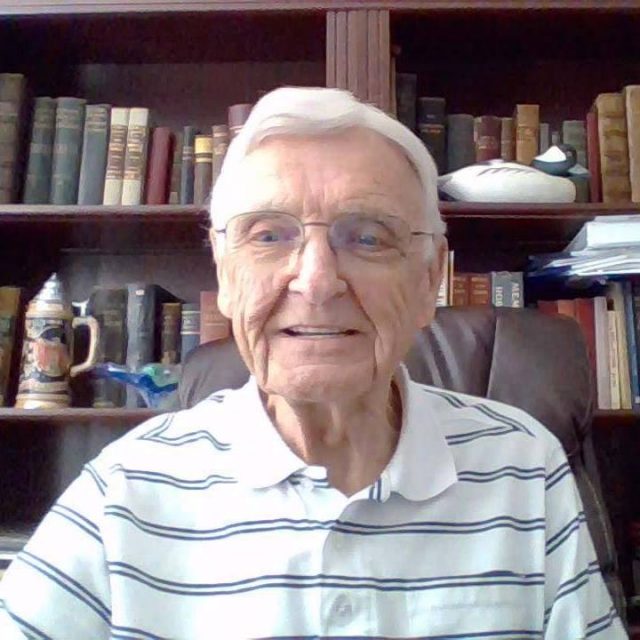 Fred Illes could have died four times in about three months. Thinking back on it now, he tries to make light of his near-death experiences.

“My family doctor said, ‘They tried to kill you four times, and they couldn’t do it,’” Illes said with a chuckle. “I make the best of it, but I have no choice. This experience has changed my life forever.”

Illes underwent hip revision surgery at age 75. Prior to the surgery, he was active and had no health problems. What followed were life-threatening infections, heart failure, acute kidney failure and permanent nerve damage.

Now, Illes is out of breath often and has to use a walker to get around. He has to rely on his wife for simple tasks.

“I always did everything myself,” he said. “But now, changing the batteries in my smoke detectors almost kills me. And I had one situation where I stood up from the toilet, and I fell back onto it and passed out. The toilet tank cracked and spilled water everywhere.”

Illes had a prior hip replacement in the 1980s, and it served him well. So, when it started to loosen, he decided to get a new one.

“My son-in-law said to me, ‘Get the hip surgery done now before you get too old,’” Illes said. “My doctor recommended this surgeon. He is the chief of orthopedic surgery. How could I go wrong, right?”

Illes underwent hip revision surgery Dec. 7, 2012. By Feb. 21, 2013, doctors had admitted him to the hospital four more times because of complications.

The Infection That Just Won’t Quit

Problems started immediately after the initial surgery in December.

“My daughter later told me that when they came out of the operating room to tell her how the surgery went, the doctor’s shoes were all covered in blood,” Illes said. “I was in pretty rough shape after the surgery.”

Illes suffered the first infection while still in the hospital. It started in the surgical incision. But, the hospital released him five days later.

On Christmas Eve, doctors admitted him to the hospital again. He found out he had a “walking heart attack” and suffered congestive heart failure. The hospital staff gave Illes some drugs to reduce the water retention then discharged him on Jan. 3, 2013.

But two days later, the infection was back.

“My incision started to weep, and I needed the bandages changed every few hours,” Illes said. “There was a great deal of pus. I had another appointment with the doctor. He saw my incision and admitted me to the hospital immediately. Surgery needed to be done in order to flush out the infection.”

Illes was on blood thinners. So, the doctor waited three days to do surgery. Even if the hip implant was infected, the doctor would not remove it.

“I was annoyed,” Illes said. “I said take the damn thing out. But, he said he didn’t want to do it.”

Instead, Illes had a second surgery to wash out the infection. They discharged him Jan. 19. But, the very next day, blood and pus began pouring from the incision.

An ambulance took him back to the hospital. Staff there consulted with a specialist from Lancaster for a third surgery.

After he left the hospital on Feb. 1, 2013, he went back home and tried to resume his normal life.

But, his strength began to fail him, and he was extremely tired.

“My wife and I usually have coffee in bed when we wake up,” Illes said. “She gave me my cup of coffee, and I spilled it all over the place. I couldn’t even hold a cup of coffee.”

Eleven days after he returned home, he collapsed and an ambulance rushed him to the hospital. Doctors diagnosed him with acute renal failure.

“They were going to put me on dialysis,” he said. “That’s how serious it was.”

Illes discovered Cipro had side effects of its own.

“I started having trouble with numbness in my fingers.” Illes said. “It went up my leg. My leg is still numb now.”

‘I Was Near Death’

Even after several years, Illes’ wife still talks about the medical scares as if they just happened.

“My wife is very upset about it,” Illes said. “She feels like she went through hell because we had all these situations where I was near death.”

Illes is angry that the orthopedic surgeon never told him about the risks of hip revision surgery. The surgeon’s solution was to give Illes a handicap sticker.

“Before I have the surgery, I’d like to know about any downsides of the surgery,” Illes said. “I asked him. He said, ‘Well, death.’ I said, ‘Well thank you so much, you didn’t tell me about an infection.’”

He chalks it up to a bad implant and a bad surgeon. His doctor never told him what type of hip implant was used.

Illes cautions people to research any implant or drug as much as they can before they use it.