‘I Would Rather Abstain From Sex’ Than Use Mirena IUD 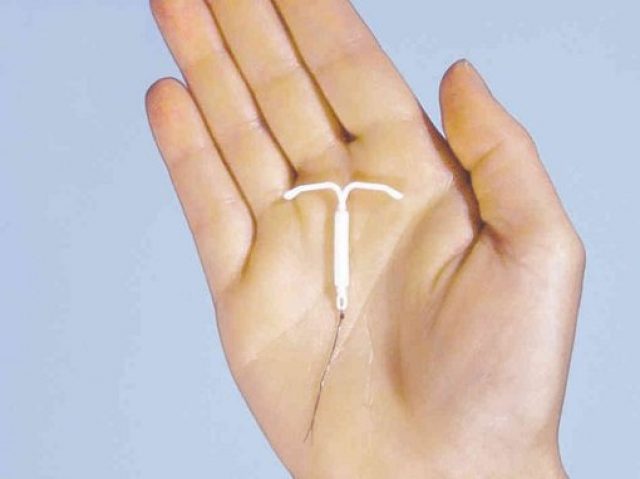 Before Mirena, the successful corporate career woman was unstoppable. She was athletic, healthy, strong and enjoyed life. Then, she had Mirena implanted when she was 30 years old, and the small, t-shaped IUD eroded her health slowly over the next 10 years.

“Knowing what I know now, I wouldn’t do it,” S.D. told Drugwatch, her voice cracking with a sob. “I think that I would rather abstain from sex. I would not put the Mirena in my life. I’ve had four surgeries in less than a year. I’m still paying medical bills. When you talk about the stress and all the debt associated with it, I wouldn’t do it.”

“Knowing what I know now, I wouldn't do it. I think that I would rather abstain from sex. I would not put the Mirena in my life.”

She gained weight until her doctor classified her as obese, and she is now on blood pressure medication. She lost patches of hair that still won’t grow back. For an entire year, she suffered serious migraines and blurred vision. Even after having Mirena removed, she has blurred vision that her eye doctor can’t explain. Mirena complications forced her to have a partial hysterectomy and go into early menopause.

Multiple surgeries have left scars, but she says the worst scars are the emotional ones. She goes to therapy to help her deal with the new normal of her life after Mirena.

“My life has changed not because of something I did but because of something that was put on the market. Every day, I get dressed and take a shower. I look at these scars, and my stomach is just cut up,” she said. “I question my womanhood because I am missing my uterus. Even though I carry myself with confidence, when I am in my private time it’s totally different from what the world sees.”

Now, she takes one day at a time, fighting to rebuild her life, health and self-esteem.

For S.D., Mirena seemed like a great option because of its convenience. Her doctor would place the small, flexible plastic insert filled with hormones in her uterus. It would prevent pregnancy for up to five years. Then, all she’d have to do is replace the old IUD for it to continue being effective.

However, the first time her OBGYN went to replace the IUD in 2014 it had migrated, requiring surgery to remove it.

S.D. didn’t have an explanation for why it had migrated and neither did her doctor. He just inserted a fresh IUD and didn’t think anything of it.

“This whole time I didn’t know anyone else was going through this,” she said. “Honestly, I thought that me and my longtime boyfriend were having too much sex. And no one ever corrected me.”

“This whole time I didn't know anyone else was going through this.”

When she was about 35 years old, the mood swings, weight gain and hair loss started and got progressively worse. It affected her relationship. She started trying to “spice it up” and thicken her hair with weaves. She paid countless personal trainers to try to get the weight off, but nothing worked.

Then, the Mirena IUD migrated again in March 2018, requiring another removal surgery. Again, S.D.’s doctor surgically removed the device and replaced it.

A little under half a year later in October 2018, the IUD perforated her uterus and migrated yet again, forcing S.D. to undergo another surgery to remove it. This time, she told her doctor to tie her tubes instead of inserting another Mirena.

After the surgery, she learned a disturbing fact. While having the IUD removed, she had almost died.

“My doctor said, ‘You kind of flatlined for a second and stopped breathing.’ I said, ‘Are you serious?’”

Everything was supposed to be all right after that surgery, but things would only start to get worse.

‘Blood Was Stuck in My Stomach and in My Pelvis’

Soon after the Mirena removal, S.D. had to have gallbladder surgery in December 2018. When the surgeon went to remove the organ, he noticed that an infection had migrated to her intestine and colon.

No one had any idea how it had happened. S.D. and her family now suspect it was Mirena.

About a week after gallbladder surgery, the crippling pelvic pains started. Sometimes they were so bad that she couldn’t walk or go to work. She took strong pain meds just to get through her day. The pain was so intense, she started vomiting.

“I remember rolling out of my bed, and I remember crying, wishing my mother was there,” S.D. said. “I could barely walk to the bathroom because of the cramping and the pain.”

The doctors and nurses told her it was because of Mirena.

“I said, ‘Let me get this right. That thing has been gone since October and we’re into December and the New Year and my body still thinks it is still producing whatever chemicals?’ And my doctor said, ‘That’s basically what it is. What it has done is that it has thickened the lining of the uterus.’ My body was trying to shed this lining, and it had nowhere to go. The blood was stuck in my stomach and in my pelvis.”

‘You’re About to Take My Female Organs From Me’

Then her doctor dropped a bomb on her: She would have to have a hysterectomy.

After she had stopped breathing during one of her Mirena surgeries, she was terrified. There was a possibility that she might not survive the surgery. But she was also heartbroken at the prospect of losing her womanhood.

“I just remember breaking down crying, and I looked at my doctor. I said, ‘You are about to take my female organs from me.’ He looked at me, and he said, ‘I am going to take your uterus, but if I don’t do this you’re going to be in pain the rest of your life. It’s not going to turn out well.’ And so, I cried and I cried, and I just told him I was scared.”

“I just remember breaking down crying, and I looked at my doctor. I said, ‘You are about to take my female organs from me.’”

In February 2019, she underwent a partial hysterectomy at 41 years old, and now she grapples with hormone pills and depression. After her experience, S.D. issues a warning to other women.

“You make your decision. Don’t allow doctors to make that decision for you,” she said. “They have the expertise — I get it — but I should have done research. Instead, I put the trust in what’s on the market. Here I am 10 years later, my life has completely changed, and I am trying to find my self-esteem again.”

She is currently looking for a lawyer to pursue a Mirena lawsuit.