‘I Am a Prisoner to Mesh,’ Iowa woman says 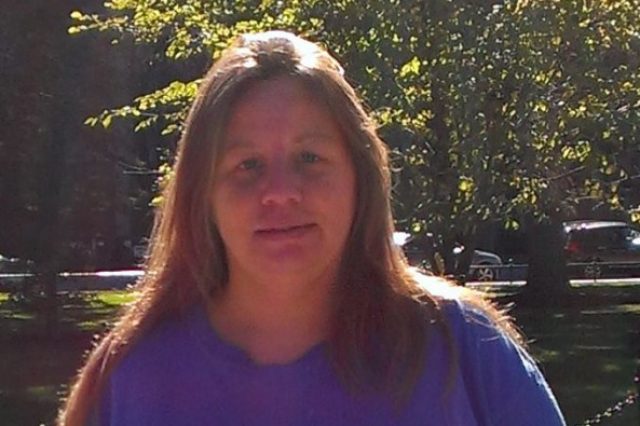 When Frances Schulte went to see her doctor about mild incontinence, he recommended implanting a small piece of net-like plastic called transvaginal mesh. He assured her she would be as good as new.

“I expected everything to be fine after the operation,” the 47-year-old Iowa woman said. “But, I have been in constant pain since that day.”

Surgeons implant transvaginal or pelvic mesh to repair weak pelvic muscles that allow organs to drop (prolapse) into the vagina after childbirth. When doctors use it to treat incontinence, it may be called mesh tape or a bladder sling.

The U.S. Food and Drug Administration — which cleared mesh products for incontinence in 1996 and for prolapse in 2002 — since released warnings about the device and classified certain products for prolapse as high risk. Australia banned its use for prolapse, and the U.K. is expected to ban it as well.

But like thousands of other women in the U.S., Schulte was never warned about how her life would be turned upside down by such a small piece of plastic.

The Mesh is in Control

Mesh complications can include pelvic or nerve pain, bleeding, urinary and fecal incontinence as well as recurrent infections.

Schulte says the pain and complications she suffers control what she can and cannot do. Being without anyone to help her with daily tasks makes it difficult.

“Every day, I feel it stab me. It’s almost like I’m not in control of what I do anymore. It’s like the mesh is in control of me now,” Schulte said. “My mind will want to go for a walk, but my body will get stabbed by the mesh. I have to wait until the pain subsides.”

Short walks other people take for granted are sometimes impossible for her, and she is forced to use a wheelchair.

“I feel like I am a prisoner to the mesh. I have to stand up or sit down when the mesh says I can. I can’t walk because it is so painful and makes it hard for me to think and concentrate.”

While most people can get out of bed and go about their day, Schulte has to wait until the pain dulls enough for her to move. Once she gets out of bed, trying to take a shower is another exhausting ordeal.

“When I try to get in the shower I can’t bend to shave my legs because if I bend, the edges of the mesh stab me. I have to sit in the tub to shower because I can’t stand.”

‘They Stare at Me Like I’m Some Kind of Freak’

Aside from the physical symptoms, Schulte describes how isolated and stigmatized she feels. Going out in public has become a trial for her, and sometimes she feels like a prisoner in her home.

“I’ve gotten used to accepting a different way of life, and this is my new normal. If the pain subsides enough for me to go out, I try to do things,” she said. “I try to make it through some of the pain because I don’t want to live my whole life like a prisoner in my house.”

But general ignorance of mesh and what it does can make people react poorly to her in public.

“Because of the operation I have way worse incontinence than I had before,” Schulte explained. “The mesh stabs through my rectum as well, so I have an odor that sometimes stems from that.”

Sometimes, people see her walking slowly or sitting in a wheelchair in a store and treat her like a vagrant or ask her to leave.

“They stare at me like I’m some kind of a freak or think that I don’t take a shower. I can take a hundred showers a day, and it won’t stop what’s going on.”

She tried to get help from doctors, but they told her it would only be worse if she removed the mesh.

“Eventually I had a corrective surgery, but the doctor told me that if I had more mesh removed my incontinence would get worse. So, I decided against it because I didn’t want to be standing in a store just leaking all over the place.”

Schulte: ‘Stay Away from Mesh’

“I am not able to work, I live on a below-poverty-level income. It also costs me more if I want to go anywhere because I have to take a cab because I can’t even walk to the bus stop.”

The medical bills have also been a constant in her life. Living with mesh keeps her in and out of hospitals.

“I’ve been the hospital several times because the mesh goes to my rectum, and I can’t use the bathroom. I am close to being homeless most of the time because there are times I cannot afford rent. It scares me because I am too disabled to sleep outside.”

She is angry that mesh manufacturers sold the product without warning about its risks, and she has since filed a lawsuit. To try and get some financial help, she has set up a Go Fund Me account.

Despite her new normal, Schulte says she tries to do her best to stay positive. She warns other women to stay away from mesh.

“If I knew then what I know now — that I would be in a wheelchair part time for the rest of my life or that I would live with constant stabbing pain — I wouldn’t do it. It was one of the biggest things I regret in my life. I would rather deal with the mild incontinence I had than go through this again.”