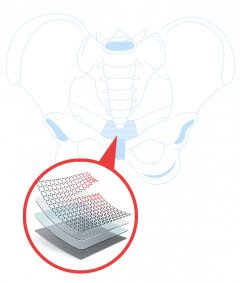 More than 108,000 lawsuits have alleged that transvaginal mesh causes complications including pain, bleeding, infection, organ perforation and autoimmune problems. One of the largest transvaginal mesh settlements to date was $830 million for 20,000 cases. As of November 2019, more than 2,263 lawsuits are still pending.

Thousands of women who received transvaginal mesh implants to treat conditions called pelvic organ prolapse and stress urinary incontinence say that they suffered severe pain, organ damage and other complications because of the devices.

Since 2012, women who have sued companies over transvaginal mesh have won at least 20 verdicts in state and federal courts totaling around $300 million. By March 2017, multiple companies had settled thousands of claims for millions.

Some patients have won multimillion-dollar verdicts against manufacturers. One jury, for example, awarded $68 million to Mary McGinnis and her husband in 2018. Another jury awarded Patricia Mesigian $80 million in 2019.

A total of 108,008 lawsuits have been filed in the MDLs. But waves of settlements have whittled down the number of lawsuits that are still pending.

As of November 2019, four implant makers faced 2,263 lawsuits in multidistrict litigation, or MDL, in West Virginia. Johnson & Johnson’s Ethicon unit faced 1,202 lawsuits — the most of any manufacturer — followed by Boston Scientific at 965, American Medical at 80 and Bard at 16.

In 2019, the FDA stopped all sales of mesh for pelvic organ prolapse, also called POP, because manufacturers could not prove the benefits outweighed the risks.

At one time there were over 100,000 lawsuits pending in federal court before U.S. District Judge Joseph R. Goodwin in West Virginia. Many have settled, gone to trial or have been dismissed.

In February 2012, the federal courts agreed to consolidate cases against three companies into MDLs in the Southern District of West Virginia, where one transvaginal mesh MDL already existed.

Cases as of November 2019:
Source: Judicial Panel on Multidistrict Litigation

Before the Judicial Panel on Multidistrict Litigation formed the main mesh MDL in West Virginia, the first transvaginal mesh lawsuits involved a device called ObTape manufactured by Mentor. In 2008, the judicial panel combined several of these cases into a multidistrict litigation.

In 2016, the judge overseeing the MDL asked the judicial panel to stop adding cases to the ObTape MDL. He said the MDL had received too many lawsuits that did not have enough evidence to stand up in court and cases that had missed the time limit for filing a lawsuit.

The judicial panel has not closed the ObTape MDL. Women seeking compensation for ObTape injuries can also still file claims in state courts.

Injuries Include Erosion, Infection and Pain

Women who received the device — for prolapse or stress urinary incontinence, also called SUI —and filed lawsuits say they suffered from painful injuries.

These women had problems such as sitting, walking, having sex and participating in other activities, according to lawsuits. The complications were so bad that many women had to suffer through multiple revision surgeries to remove the implants.

Problems described in lawsuits include:

Erosion
This occurs when implants damage vaginal walls or internal organs.
Infection
Studies show that bacteria can grow on implants and cause infections.
Pain
The device may damage nerves, cut through tissues or shrink, causing scarring and pain — including painful intercourse.
Urinary problems
The devices may block the bladder, making it difficult to urinate.
Recurring prolapse
Even after mesh surgery, the implant can fail and cause recurring prolapse.
Recurring incontinence
Some women experience new or worsened incontinence of the bladder or rectum.

Women who filed lawsuits claim that manufacturers “had a legal duty to ensure the safety and effectiveness of their pelvic mesh products” but instead provided patients with “false and misleading information” about how safe and effective the products supposedly were. The products were cleared for use based on “weak evidence,” according to a 2017 study in BMJ.

Since 2014, companies have agreed to settlements in thousands of cases in the MDLs including:

J&J, Bard and Boston Scientific each lost multiple bellwether trials, and the MDL court has urged those companies to settle more lawsuits. While J&J agreed to settle 2,000 to 3,000 lawsuits for $120 million in 2016, the company has continued to defend itself in court.

The first major mesh verdict came in the case of Christine Scott in July 2012. A California jury awarded her $5.5 million against C.R. Bard. Since then, several verdicts have been awarded in favor of plaintiffs.

Some companies settled cases before trial for undisclosed amounts.

Dunfee vs. Ethicon
In June 2019, jurors awarded Linda Dunfee $500,000 in her case against Ethicon. This was the ninth time Philadelphia jurors found in favor of plaintiffs against Ethicon, according to Law360. Dunfee received Prolift mesh for POP in 2007. Two years later, the device had eroded through the vaginal wall.
Mesigian v. Ethicon
In May 2019, Patricia Mesigian received a jury award of $80 million in her lawsuits against J&J’s Ethicon. The jury allotted $50 million for punitive damages and $30 million for compensatory damages — the highest compensatory damage award for mesh injury, Bloomberg reported. Mesigian received Ethicon’s Prolift mesh for POP in 2008. She suffered from pain, inflammation, infection and scar tissue. Surgeons were only able to remove part of the mesh.
McFarland v. Ethicon
Susan McFarland won a $120 million verdict against Ethicon in April 2019, the Philadelphia Inquirer reported. McFarland had Ethicon’s TVT-O device implanted for stress urinary incontinence in 2008. McFarland suffered pain and constant infections, and removing the mesh didn’t alleviate symptoms. The Philadelphia jury awarded $100 million for punitive damages — damages awarded to discourage the defendant from especially negligent behavior.
McGinnis v. C.R. Bard
A New Jersey jury awarded Mary and Thomas McGinnis a total of $68 million in April 2018 in her lawsuit against C.R. Bard. Mary McGinnis had been injured after being implanted with an Avaulta Solo and an Align Transobturator. The award to the Raleigh, N.C., couple was comprised of $33 in compensatory damages and $35 million in punitive damages. "I've very grateful," Mary McGinnis said as she left the courtroom with her husband, according to northjersey.com. "This case was fought for all the victims of mesh, whom I hold in my heart."
Blankenship, Campbell, Tyree and Wilson v. Boston Scientific
Jeanie Blankenship, Carol Sue Campbell, Jacquelyn Tyree and Chris Rene Wilson had each been implanted with the Boston Scientific Obtryx product. In 2014, a New Jersey jury held Boston Scientific responsible for the women’s medical bills and suffering. The four women shared $14.5 million for their injuries and another $4 million in punitive damages. That total $18.5 million award was upheld by an appellate court in February 2018.
DuBois-Jean, Dotres, Nunez and Betancourt v. Boston Scientific
Margarette DuBois-Jean, Margarita Dotres, Maria Nunez and Juana Betancourt all claimed the company had been negligent in the Pinnacle mesh’s defective design. In 2014, a Florida jury awarded each of the women more than $6 million in November 2014, but Boston Scientific appealed. In October 2017, the 11th Circuit Court of Appeals upheld the $26.7 million verdict.
Hammons v. Ethicon
Patricia Hammons won a $12.5 million award after she sued J&J for injuries one of its products products caused. Hammons’ Prolift implant failed and she had multiple revision surgeries. The jury awarded Hammons $5.5 million for her injuries and $7 million in punitive damages. A state appeals court upheld the verdict in June 2018.
Engleman v. Ethicon
Peggy Engleman won a $20 million jury verdict after she said Ethicon’s TVT-Secur device caused serious complications and the company did not warn her. The device caused pain, bleeding and infections that required multiple surgeries to fix, her lawsuit said.
Hyrmoc v. Ethicon
Elizabeth Hyrmoc won $4 million for pain and suffering and $10 million for punitive damages against J&J’s Ethicon subsidiary. The New Jersey jury also awarded $1 million for loss of conjugal affection. Hyrmoc received Ethicon’s Prolift and transvaginal tape for incontinence and had several corrective surgeries for pain and other complications.
Ebaugh v. Ethicon
In September 2017, a jury awarded Ella Ebaugh $57.1 million in her case against Ethicon. “It was a very happy day, but I was still sad and depressed,” Ebaugh told CBS 3 Philly. “I’m in excruciating pain when I’m standing, it hurts when I’m sitting.”
Beltz v. Ethicon
Sharon Beltz won $2.4 million against Ethicon in May 2017 after she said the company’s Prolift mesh caused complications. The company appealed and in August 2019, the Supreme Court of Philadelphia upheld her verdict.
Carlino v. Ethicon
Ethicon lost its trial against Sharon Carlino and the jury awarded the woman $13.7 million. Carlino successfully defended J&J’s appeal in April 2019 and the verdict was upheld.
Gross v. Ethicon
Linda Gross had Ethicon’s Prolift implanted in 2006 for POP. Gross said she couldn’t even sit down because of the pain caused by the device. In February 2013, a New Jersey jury awarded her $3.35 million in compensatory damages and $7.76 million in punitive damages.

In 2015, an insurance company for a device maker, Caldera Medical Inc., filed a class-action suit against its client over a coverage dispute. Federal Insurance Co. took Caldera to court as the company faced 2,184 claims from women who alleged injuries from the products.

In 2016, the companies set aside a settlement fund of $11.75 million for these claimants. On March 3, 2017, U.S. District Judge Stephen Wilson approved the settlement, which had grown to $12.25 million. “The settlement is made in good faith; and is fair, reasonable, adequate, and consistent with due process,” Wilson wrote in his order.