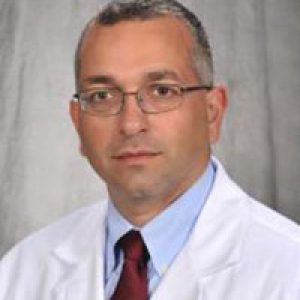 Physician-scientist Dr. Hooman Noorchashm is an advocate for patient safety, ethics and women’s health. He specializes in cardiothoracic surgery and has taught and practiced medicine for nearly two decades.

His faculty appointments include positions at the University of Pennsylvania School of Medicine, Harvard Medical School, Thomas Jefferson University Hospital and the Philadelphia VA Hospital.

In addition to peer-reviewed publications, he has authored medical book chapters and has lectured at several annual medical meetings and conferences.

In 2013, Noorchashm’s wife Dr. Amy Reed had a hysterectomy with a laparoscopic power morcellator. After the surgery, she was diagnosed with stage 4 leiomyosarcoma. The couple found out the morcellator spread the previously undetected cancer in Reed’s abdominal cavity, making it more difficult to treat and lowering her chances for survival.

In order to protect other women, Noorchashm and Reed began spreading awareness, advocating for the devices’ removal from the market and influencing congressional legislation on medical device safety.

Noorchashm continues the patient safety work he and Reed began together. In 2015, he received a Health Policy Heroes Award from the National Center for Health Research.

Then in 2017, he founded the American Patient Defense Union, Inc. which he describes as “a union of, by and for patients — capable of providing adequately powered liability signals to the corporate healthcare establishment so that it can improve and evolve.”

He spoke at the 2019 Food and Drug Law Forum at Delaware Law School, highlighting the regulatory deficits in the FDA’s 510(k) medical device clearance process.