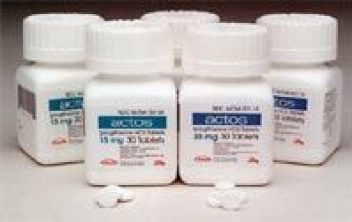 As medical professionals sort through the firestorm of controversy surrounding the type-2 diabetes drug Actos, another controversy about the drug is brewing.

Currently, the U.S. Food and Drug Administration (FDA) is reviewing the safety of pioglitazone. At the same time, many Actos users are still taking the drug despite the risks. Those risks include a 40 percent increased chance of bladder cancer if you take Actos for more than a year, heart failure and bone fractures.

Typically, a drug company holds a patent on a formula for about 20 years. In the case of the Japan-based Takeda Pharmaceuticals, the first patent on Actos expired in January 2011. But, because of additional patents and various legal challenges, a generic version won’t be released until August. For companies like Takeda, losing a patent is a huge hit to the pocketbook – all that revenue the company got because it was the only choice on the market will be lost. Currently, pioglitazone and combined products are sold in the U.S. under the names Actos, Actosplus Met, Actosplus Met XR and Duetact.

The active ingredient in Actos, pioglitazone, is what’s at question here.  Pioglitazone, along with rosiglitazone (brand name Avandia) and troglitazone (Rezulin) belong to the thiazolidinedione (TZD) family of drugs. They all work in a similar manner – by making cells more receptive to insulin, a hormone produced in the pancreas. Already, two of the three drugs in the family – rosiglitazone and troglitazone – have been linked to serious health risks and death.

Avandia was removed from local pharmacies because of increased heart-attack risks and Rezulin was withdrawn from the market because it increased drug-induced hepatitis.

Now it’s Actos’ pioglitazone that’s under the microscope. The FDA won’t come out with an update on its research into the drug for a few months, but the drug has already been banned in some European countries.

Generic Actos Is A Wolf in Sheep’s Clothing

The generic version is raising questions – if Actos is potentially unsafe, how safe will the generic version be?  Already, research has shown that the generic pioglitazone (under the brand name Utmos) and the original Actos behave the same. A 2010 study by esteemed University of Bangkok’s medical college showed that there was no difference in the “efficacy and safety profiles” of both drugs.

At nearly $300 a month, Actos might be out of the financial reach of many type-2 diabetes patients. But a cheaper generic version could make the drug more readily accessible. And that could mean more patients could suffer the consequences of this drug.