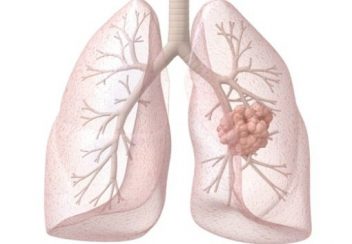 Researchers at Mary Babb Randolph Cancer Center at West Virginia University report that women with type 2 diabetes were 27 percent more likely to be diagnosed with lung cancer compared with the general population. Women in the study who treated their diabetes with insulin had a 71 percent increased risk for lung cancer.

The study was published in Diabetes Care and tracked 145,765 postmenopausal women ages 50 to 79. Information about diabetes treatment was self-reported. J. Luo and his colleagues concluded that the increased risk did not apply to women with untreated diabetes or the length of time a patient had suffered from the disease.

Earlier this year, another study associated the use of insulin and glinide drugs in type 2 diabetes patients with an increased risk of several types of cancer. C. H. Chang and his team at the Institute of Preventive Medicine at National Taiwan University linked the medicines to higher risks for liver cancer, colorectal cancer, lung cancer, stomach cancer and pancreas cancer.

A third study in 2012 found possible correlations between type 2 diabetes and an increased risk of cancer and also insulin use and higher rates of cancer. Researchers at Steno Diabetes Center in Gentofte, Denmark, analyzed data from the Danish National diabetes Register and Cancer Registry and concluded that diabetes patients who did not use insulin had a 100 percent increased risk of developing cancer at the time of their diagnosis. That risk dropped to 15 percent after two years.

B. Carstensen B and his colleagues also found that type 2 diabetes patients being treated with insulin had a 400 percent increased risk of developing cancer at the beginning of treatment. The risk dropped to 30 percent after five years of insulin therapy.

Type 2 diabetes patients already have a higher risk of bladder cancer — perhaps as much as a 40 percent increase over the general population, studies have shown. And diabetes patients who take the widely prescribed drug Actos may boost that risk by another 22 percent, for a total of a 62 percent increased risk, according to a study published July 3, 2012, in the Canadian Medical Association Journal.

The U.S. Food and Drug Administration also has warned that the use of Actos for more than one year could be linked to a higher risk of bladder cancer. The agency based its June 2011 safety alert on the five-year interim results of a 10-year study being conducted by Actos manufacturer Takeda Pharmaceuticals. Final results of that study are expected next year.

It is estimated that 26 million Americans have type 2 diabetes and the same number have pre-diabetes.