Clinical Trials: What You Don’t Know Can Hurt You 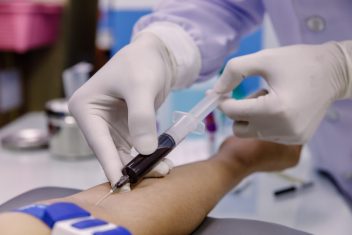 Since the mid-twentieth century, clinical trials employing human volunteers have drastically altered the landscape of modern medicine, improving our collective understanding of a disease or medical problem.

Insights from these studies have helped doctors virtually eliminate devastating epidemics of the not-so-distant past, including smallpox and polio. Clinical trials have also helped transform acutely fatal conditions like HIV/AIDS into manageable diseases.

They also help evaluate the safety and efficacy of drugs and medical devices, including new and established therapies. Without results from human clinical trials, researchers cannot say with certainty that positive laboratory results will translate into safe and effective treatments for patients.

While sound science is at the heart of every beneficial trial, dishonesty and bias are ever-expanding problems for doctors and patients alike.

A troubling number of clinical researchers have committed ethical violations that hinder scientific progress for their own benefit. Whether the motive is glory, financial gain or other purposes, the problem stems from a lack of transparency — and it’s nothing new.

In the history of clinical trials in the U.S., few human studies have exhibited a more tragic disregard of ethical behavior than the Tuskegee syphilis experiment, in which hundreds of unsuspecting patients infected with the sexually-transmitted disease were denied treatment by researchers.

In 1932, the U.S. Public Health Service (USPHS) formed a partnership with the Tuskegee Institute to study the natural progression of syphilis, a sexually-transmitted infection marked by painless sores and rashes. As the federal agency tasked with monitoring health trends and developing interventions for diseases that threaten public health, the USPHS hoped to broaden the scientific understanding of syphilis.

Researchers were specifically interested in how the disease progresses in black men. The USPHS easily persuaded 600 black men from the small Alabama town of Tuskegee to enroll in the clinical trial — with promises of free meals, free medical exams and provisions for burial expenses.

The study included 399 men with syphilis and 201 others free of the disease who served as the control group in the experiment.

Researchers never informed the infected men that they carried the highly-contagious illness. Instead, government physicians told them they were receiving treatment for “bad blood” — a colloquial term in the rural South used for several ailments, including syphilis, anemia and fatigue, according to the Centers for Disease Control (CDC). In truth, the USPHS denied them appropriate medical care in order to study the course of syphilis in the human body when left untreated.

When the medical community accepted penicillin as an effective and curative treatment option for syphilis in 1947, USPHS researchers did not offer it to patients or inform them of its existence. The USPHS established Rapid Treatment Centers for syphilis patients later that year, but ensured that doctors at these centers denied penicillin to the study participants and referred them back to the Tuskegee Institute.

Once syphilis enters its latent stage, patients experience no symptoms, but remain infected. Syphilitic study participants without any signs of disease may have thought they were responding well to treatment, but were actually suffering serious harm to their brains, hearts, livers and other internal organs as a result of the disease’s destructive long-term effects.

While rampant syphilis and related complications claimed the lives of more than 100 of the experiment’s patients, the USPHS performed autopsies on those men to learn more about the disease’s effects on the human body. Meanwhile, researchers remained silent.

The victims of the originally planned six-month experiment suffered for 40 years before an Associated Press reporter revealed the study’s true purpose to the American public.

The heinous negligence by USPHS officials to the safety and civil rights of these patients is perhaps one of the most notorious ethical violations in medical research committed in the nation. While a number of factors allowed the disaster, a complete lack of transparency was considered one of its main facilitators. None of the participants would have volunteered if they knew the true objective of the study or that researchers would deny them care for a disease doctors didn’t disclose to them.

It’s hard to imagine how a disaster like that could happen in the first place. Fortunately, widespread public outcry in the wake of the 1932 Tuskegee study prompted the government to develop strict ethical guidelines for clinical research. These codes exist to prevent such abuses from happening again.

Although the standards of acceptable conduct in clinical trials have drastically improved, issues with transparency continue to undermine the value of some clinical studies to this day.

A majority of people responsible for unethical behavior in recent clinical trials have ties to the manufacturers of pharmaceutical drugs and medical devices. The profit margins of these companies often jeopardize transparency in clinical research, which is of vital importance to the people whose lives and well-being depend on their products.

All too often, drug manufacturers pollute the canon of medical literature with biased studies — much to the dismay of physicians who need accurate trial results to make informed health care decisions for their patients. Lawsuits also have exposed companies that buried unfavorable results from clinical trials evaluating the safety of their drugs and devices.

In 2012, GlaxoSmithKline (GSK) pleaded guilty to criminal misconduct for several scathing incidents of health-care fraud. Prosecutors found the multinational, multibillion-dollar drug manufacturer had bribed doctors to sell its products and marketed several drugs outside of their federally approved indications.

In addition, the company for years concealed clinical trial data that revealed an increased risk of heart attacks in patients taking Avandia, a former blockbuster drug for type 2 diabetes. The lawsuit resulted in a $3 billion settlement, one of the largest in U.S. history.

Pharmaceutical companies also have a troubling inclination to design studies to pursue marketing goals rather than help patients or improve collective medical knowledge.

Although the USPHS strayed far from its mission to help patients and promote public health, some good emerged from the Tuskegee syphilis study. Those ethical violations had a profound impact on patients’ rights and safety in future clinical trials.

At the time, the standard syphilis treatment of mercury and bismuth offered a cure rate of less than 30 percent. The toxic therapies triggered severe side effects, and in some cases death. The problems caused by a lack of effective treatments for the disease were compounded by its higher-than-average incidence in certain racial and socio-economic communities.

In 1929, three years prior to the start of the experiment, the USPHS surveyed six counties in the rural South to gauge the worrisome prevalence of syphilis in blacks. The investigation revealed that the population suffering the highest rates of disease resided in Macon County, Ala., where the town of Tuskegee is located. In an effort to control the epidemic, the USPHS started the Tuskegee study with hopes of accelerating the discovery of better treatments and establishing a government-funded treatment program.

After a government-sponsored advisory panel halted the study in 1972, it investigated the circumstances of the experiment and published a key report on its findings. The authors determined that the cruel treatment of the study’s participants was not an isolated incident, but a serious issue with how scientific research was being conducted and regulated nationwide.

Less than one year after the report was released, Congress passed the National Research Act of 1974, which created the National Commission for the Protection of Human Subjects of Biomedical and Behavioral Research. The commission later published the Belmont Report, which laid the groundwork for the federal regulations that protect clinical trial participants today.

The Belmont Report outlines the crucial need for researchers to weigh the risks clinical trial participants may face against the potential benefits the medical community may see, and establishes appropriate guidelines for choosing human subjects for research. The report also defines informed consent, a crucial requirement for any valid clinical trial today.

Informed consent means that would-be participants know enough about the trial to make a knowledgeable decision about whether they wish to participate. This includes information about the study’s research procedure, its purpose and the predicted risks and benefits. With informed consent, patients are encouraged to ask questions about the study and can withdraw from it at any point.

Most of the participants in the Tuskegee study were poor, illiterate sharecroppers recruited from local clinics, churches and farms. By deceiving the men about their participation in a clinical trial, the USPHS failed to obtain — or even request — the patients’ informed consent.

From Tuskegee to Today

In the summer of 1973, Congress held hearings for a class-action lawsuit filed on behalf of the victims of the Tuskegee study. The lawsuit was resolved the following year, with a $10 million out-of-court settlement.

The U.S. government also established the Tuskegee Health Benefit Program, which promised lifetime medical benefits and burial services to all surviving participants. In 1975, the government extended the program to the wives and children of the victims, many of whom developed syphilis because of the U.S. Public Health Service’s deceitful actions.

However, it wasn’t until 1997 that President Bill Clinton issued a public apology to the victims and their families on behalf of the nation, closing this shameful chapter in American history.

While the government brought some measure of justice to those who suffered the fallout of the Tuskegee study, far too many researchers in the pharmaceutical industry have yet to learn from the U.S. Public Health Service’s omission of ethics and transparency. Without updated policies that promote transparency in clinical research, these companies will continue to abuse their influence and damage the integrity of medical science in pursuit of their own best interests.