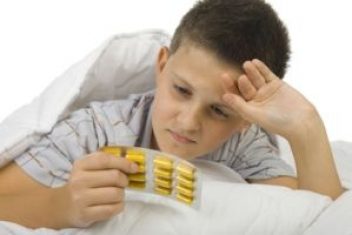 More than 6 million U.S. children are diagnosed as having attention deficit hyperactivity disorder (ADHD), and two-thirds of them take medication for it – including Risperdal.

Now some experts in the medical community are calling for a new attention deficit to be categorized as an official disorder, which would mean more medicated kids and more potential side effects.

Sluggish cognitive tempo (SCT) includes behaviors like lethargy, daydreaming and slow mental processing, The New York Times reports. These are quiet children who aren’t disruptive in classroom settings, but are disorganized, can’t finish assignments, are bored easily and lose things. According to some researchers, the condition could apply to 2 million children, including 1 million of those with ADHD.

Dr. Allen Frances, a professor emeritus at Duke University and chairman of the DSM-IV Task Force, is having none of it.

“SCT is an absurd over-reach that would pin a diagnostic mislabel on millions of normal kids,” he told Drugwatch.com. “It would subject them to unnecessary and potentially harmful medications.

“This would be a bonanza for pharmaceutical companies but terrible for kids who already are misdiagnosed and over-medicated.”

The concept of SCT has been discussed for decades, but just recently the debate has intensified. The Journal of Abnormal Child Psychology devoted 136 pages of its January issue to papers describing the condition.

“Although SCT is strongly associated with ADHD inattention, research increasingly supports the possibility that SCT is distinct from ADHD or perhaps a different mental health condition altogether, with unique relations to child and adolescent psychosocial adjustment,” the researchers write. “Given the emerging importance of SCT for abnormal psychology and clinical science, there is a clear need for additional studies.”

Catherine Saxbe, M.D., and Russell A. Barkley, Ph.D., researchers at the Medical University of South Carolina in Charleston, published an article in January’s edition of the Journal of Psychiatric Practice calling for SCT to be separated from ADHD.

“We believe SCT may represent an exciting new frontier in psychiatry … and eventually be accepted as an identifiable attention disorder with its own diagnostic criteria that distinguish it from ADHD,” they wrote.

They admit there are no criteria right now and call for more research into SCT.

Though no specific medications have been suggested yet for SCT, speculation is that many of the same drugs prescribed for ADHD could be repurposed for SCT. In fact, Eli Lilly already did a study of its ADHD drug Strattera as a treatment for SCT and claims it showed significant effects.

“At this time, more research is needed to identify the best medication for SCT,” Dr. Saxbe told Medscape Medical News. “At present, atomoxetine (brand name Strattera) may hold some promise.”

“Pharma misuses new diagnoses with massive and misleading marketing to parents, teachers and doctors,” he said. “We are already in the midst of a false epidemic of recklessly diagnosed ADHD. They are rapidly turning childhood into a disease.”