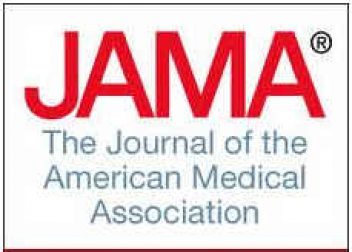 An ad hoc group of medical professionals is demanding the Journal of the American Medical Association (JAMA) retract an influential study that connects testosterone therapy and cardiovascular problems and investigate a possible ethical breach by the publication’s editorial board.

The Androgen Study Group said JAMA violated ethical standards, created baseless concerns and “birthed a new area of medical malpractice” when it published a study in November 2013 that found testosterone treatments increased the risk of heart attacks, stroke and other cardiovascular problems in men with pre-existing heart disease. The study was one of two that prompted the Food and Drug Administration (FDA) to open an investigation into heart-related concerns connected with so-called Low-T drugs.

“This article is a mess, and JAMA has behaved badly. Something is terribly amiss when a premier medical journal publishes such an obviously weak study that contradicts well-established literature, and in so doing, fosters fear among the public,” Dr. Abraham Morgentaler wrote in a long letter to JAMA’s Journal Oversight Committee. “The concern is heightened when the journal’s response to inescapable evidence that the study is meritless is to deceive, distort, stonewall and dig in. JAMA’s behavior suggests it is more interested in sensationalism and media coverage than scientific accuracy and integrity.”

The testosterone study in question looked at more than 8,700 men with low testosterone levels, called hypogonadism, in the Veterans Administration health system from 2005 to 2011. Almost immediately, some physicians questioned the credibility of the results. Study co-author Dr. Michael Ho said he stands by the results. JAMA refused to print a retraction.

Soon thereafter, the study group – comprised of physicians and academics – was created. Some in group, including Morgentaler, have financial ties to drug companies.

Drug companies have a two-side vested interest in any medical research about Low T drugs and therapies. They profit from drug sales, and high-risk side effects that can cause death also can lead to widespread litigation against them, which is a growing trend now for testosterone drugs.

Among the drugs receiving the hardest look from critics and patients is Androgel, which is also one of the most popular Low T treatments.

In the group letter, Morgentaler, a Harvard Medical School associate professor and a private practice urologist pointed out 13 events that “raise serious ethical and editorial concerns.”

Those include the following:

Study Group: JAMA Did Not Follow Its Own Guidelines

The group also pointed out that JAMA violated its main objectives in a number of ways:

“Publication of an erroneous study undermines the goal of helping physicians make ‘informed clinical decisions,’ ” Morgentaler wrote. “In this case, JAMA is responsible for a media firestorm that has affected clinical practice, all based on a meritless study.”

The letter, which is also signed by four other physicians, identifies 29 medical societies from around the world who are calling for a retraction. An FDA public hearing about testosterone therapy is scheduled for September 17.