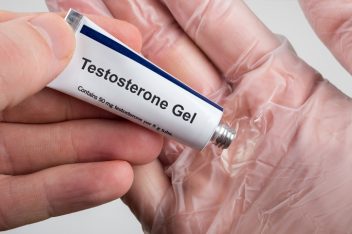 More than 20 men who say they were harmed by AndroGel testosterone replacement therapy will face drugmaker AbbVie in trials scheduled through early next year.

In addition to two cases that are set to go before juries in May and June, a federal judge in Chicago set 19 trial dates for lawsuits involving AndroGel.

The cases are among more than pending 6,000 lawsuits that have been organized into a multidistrict litigation (MDL) being managed in the Northern District of Illinois. MDLs are how federal courts often handle large numbers of lawsuits involving similar issues and defendants. In this instance, the MDL involves men who say they were injured by testosterone replacement therapy.

In general, men who filed the lawsuits accuse manufacturers of pushing the therapy for the natural signs of aging, while hiding or downplaying the serious, and potentially deadly, side effects.

The companies are accused of hyping a made-up condition, “Low T” or low testosterone when the treatments were approved only for a specific condition called hypogonadism.

Hypogonadism is when there is a problem in the testicles or parts of the brain that directs testosterone production.

AbbVie is named as a defendant in more than 4,000 cases. So far juries have handed up multimillion-dollar verdicts in favor of two men. Another jury ruled in favor of AbbVie.

The next AbbVie case is set to start May 7. It involves Steven Myers, an application computer programmer at the University of Texas at Arlington. According to court documents, Myers was 61 when he was prescribed AndroGel “for symptoms he attributed to low testosterone after viewing (AbbVie’s) advertisements.” He later suffered a heart attack, which he blames on the treatment.

According to Myers’ lawsuit, he had no prior history of heart attack.

Another trial is scheduled to begin June 5. In that case, Robert Rowley of Utah alleges AndroGel caused his deep vein thrombosis (DVT), a blood clot in the deep veins of the body, typically the legs. According to court documents, Rowley filed suit in 2014 after suffering a DVT in April 2013. Then he suffered a second DVT in late 2015. He also blames the second DVT on AndroGel.

These cases and the others that have been scheduled are referred to as bellwethers. These are cases selected to be representative of others. The idea is to try the bellwether cases first to give guidance on how pending lawsuits may be decided. This can assist in potential settlement negotiations.

These bellwether cases are proceeding even as parties in hundreds of other cases involving other drugmakers are working to reach settlements.

On April 9, U.S. District Judge Matthew F. Kennelly, who is overseeing the MDL, extended a previous deadline to give Endo, Auxilium and GSK until May 24 to work out the details of their settlement.

Kennelly entered an order on April 19 setting out a schedule for 19 more AndroGel cases to be tried before several different judges. Those trials are to commence from Oct. 2, 2018, to March 4, 2019.