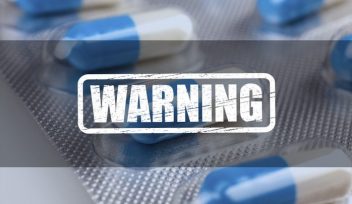 The U.S. Food and Drug Administration issued a safety announcement and required a new warning label for the antipsychotic drug Geodon – also known as ziprasidone – after it found evidence that medication can cause a potentially fatal skin reaction. The serious side effect may affect up to 2.5 million Americans who were prescribed the popular drug.

The FDA warned patients and doctors in December that Pfizer’s Geodon can cause a condition called Drug Reaction with Eosinophilia and Systemic Symptoms (DRESS).

Symptoms of DRESS begin as a rash that can spread all over the body, and also include swollen lymph nodes, fever and damage to organs such as heart, liver, pancreas or kidneys.

The FDA said no fatalities reported in the cases that it reviewed, but some patients required hospitalization. Symptoms surfaced anywhere from 11 days to a month after taking the drug. Though the FDA states DRESS is rare, its severity prompted the agency to require Pfizer to add a new warning to the medication’s label.

“Patients who have a fever with a rash and/or swollen lymph glands should seek urgent medical care. Health care professionals should immediately stop treatment with ziprasidone if DRESS is suspected,” the FDA said.

Geodon belongs to a class of medications called second-generation atypical antipsychotics that the FDA approved to treat schizophrenia and bipolar disorder. Doctors also prescribed the medication to treat seniors and children even if though it was not proven safe for children and has a black box warning for increased risk of death for seniors.

Along with DRESS, side effects of the drug include movement disorders such as tardive dyskinesia, weight gain, high cholesterol, diabetes, dizziness seizures, and suicidal thoughts.

Pfizer maintains that its medication is safe, though it complied with the FDA’s request.

Not only does this latest warning call the safety of the drug into question, it may also trigger litigation from patients or families affected by the drug. As a class, antipsychotics like Geodon are frequently the center of legal claims brought brought by the government and injured patients.

The Department of Justice sued Pfizer in 2009 for illegally marketing the powerful drug to children even if it is not approved for this use.

The $2.3 billion fine is one of the largest in DOJ history. Court documents accused the company of hiring 250 child psychiatrists to push the drug to children. Pfizer paid a fine to settle the case and denied any wrongdoing.

A new whistleblower lawsuit filed in 2010 accused the drug maker of marketing Geodon to improve cognition. Pfizer tried to have the case thrown out, but in 2014 U.S. District Judge Douglas P. Woodlock denied the motion to dismiss.

Second generation atypical antipsychotics like Geodon, Abilify and Risperdal grew popular because they caused fewer physical symptoms such as tics, compared to first generation drugs like Haldol and Thorazine. But benefits of the drugs are debatable.

Claims that the new generation of antipsychotics is better are “greatly exaggerated” and “may have been encouraged by an overly expectant community of clinicians and patients eager to believe in the power of new medications,” Columbia University psychiatry department chairman, Dr. Jeffrey A Lieberman told the New York Times.

While they cause less movement disorders, new drugs come with a host of new side effects which are at the center of lawsuits.

For instance, Abilify generated more in $6 billion in sales for Japanese Otsuka Pharmaceutical Co. It faces a growing number of lawsuits for side effects such as compulsive gambling.

Meanwhile, Johnson & Johnson’s Risperdal – also tagged by the feds for $2.2 billion for illegal marketing – faces lawsuits brought by young men, boys and their families because of gynecomastia, a condition where males grow breasts.

“They sold the story they’re more safe, when they aren’t,” journalist Robert Whitaker, who wrote two books about the pharmaceutical industry, told The New York Times. “They had to cover up the problems. Right from the start, we got this false story.”