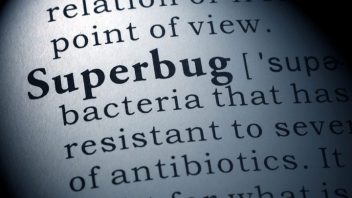 For the first time, a jury is expected to determine if medical device maker Olympus America Inc. should be held responsible for the death of a patient who succumbed to a superbug linked to the use of a surgical device.

For more than a month, jurors in a Seattle courtroom have heard testimony over whether the Japanese company is to blame for the fact that Richard Bigler died from an infection within days of a surgical procedure that involved the company’s duodenoscope.

At least 11 people died in the outbreak that sickened more than 39 patients at Virginia Mason Hospital in 2013. The outbreak was one of several around the world linked to the use of the scopes.

The Bigler case is the first of more than 25 lawsuits filed around the country to go to trial and could be a harbinger of how the other cases are resolved. At least 35 patients have died in the U.S. of infections linked to the use of Olympus’ duodenoscopes.

In an unusual turn of events, the hospital has joined Bigler’s family in suing Olympus. The Bigler team has finished its presentation of evidence, and the hospital is now presenting its case. The trial is expected to last about another two weeks.

Olympus has filed a motion asking the judge to direct a verdict in its favor, arguing that the Bigler team had not proved the company was responsible for Richard Bigler’s death.

“The root of this product liability case is (Theresa Bigler’s) theory that the manufacturer of the duodenoscope used in her late husband’s surgery should have done more – more warnings about the difficulty of cleaning all debris and bacteria from previous patients, provided smaller brushes to clean the scope, more scope requirements,” the motion states. “Plaintiff’s case-in-chief, however, proved that these issues were not the proximate cause of Mr. Bigler’s illness and death.”

By the time Bigler, who had pancreatic cancer, underwent his procedure, the hospital had known for some time of the issues about cleaning the scope and had already adopted the very procedures that the plaintiff says should have been required by the manufacturer, Olympus argued in its motion. For example, the hospital had already started using a small brush to gain access to a troublesome part of the scope to clean, and it had maintenance performed on the scope twice a year, instead of the once a year maintenance suggested by the plaintiff.

“The manufacturer had no duty to warn the hospital of ongoing risks associated with the duodenoscope because the hospital was already aware of those risks,” the Olympus motion says.

Olympus also maintains its detailed warnings and cleaning instructions were all that was required under the law and that the plaintiff’s case “depends on speculative expert testimony that lacked the necessary foundation.”

Olympus further argued that it should not be subject to punitive damages because the evidence and the law don’t support it.

But Beninger responded that the hospital’s measures fell short, and that Olympus is free to make its arguments to jurors. For example, the brush used by the hospital to clean the scope was not the same quality as the brush that was needed to do the job correctly.

Beninger also noted that after the U.S. Food and Drug Administration forced a recall in January 2016 and required changes in the scope and procedures, the infection rate dropped dramatically. The plaintiff also presented evidence, including internal corporate emails, that Olympus officials intentionally decided not to alert anyone in the United States after infection outbreaks in Europe linked to the use of the scope.

“This, for me, is a case about trust,” Beninger told jurors in his opening statement. “A medical partnership, a medical team for which someone looked out for their own interest instead of the patient’s interest.”

Beninger said hundreds of patients were infected in 41 different outbreaks around the world.

“So what are we saying that Olympus did wrong?” Beninger said. “Why are we suing? Maybe it is obvious. Because they put sales before safety.”

Richard Bigler would likely have had months, and maybe even years to live, even with his pancreatic cancer, Beninger said. He could have said goodbye to his family, and could have gone to his daughter’s wedding.

It was, Beninger said, a “painful, short, intense, nasty way to go.”

Olympus executives, who are under federal criminal investigation in the United States, have invoked their Fifth Amendment privilege against self-incrimination and are not expected to testify at the Seattle civil trial.

Olympus Corp, of the Americas — the largest distributor of endoscopes and related equipment in the United States — agreed in March 2016 to pay a $646 million fine to settle federal criminal and civil allegations that it engaged in a scheme to pay kickbacks to doctors and hospitals to get them to purchase the company’s endoscopes.

The scheme resulted in more than $600 million in sales for the company, including gross profits of more than $230 million.

The civil settlement resolved a whistleblower lawsuit that had been filed by John Slowik, the company’s former chief compliance officer. Slowik was to receive more than $51 million from the settlement.