Opioid Overdose Deaths Continue to Rise in the U.S. 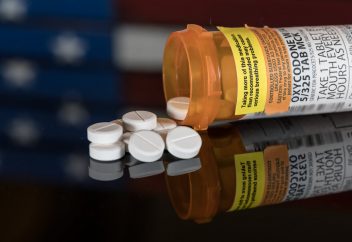 Prescription and other opioid overdoses are continuing to take an enormous toll in the United States, as authorities grapple with ways to bring the epidemic under control and deaths rise.

Federal statistics released in December showed a jump in drug overdose deaths in 2016. And now local news reports around the country are suggesting the trend continued in 2017 in many places.

Officials reported in some places that the death toll would likely be much higher if not for the fact that the antidote Narcan was increasingly being used to save overdose victims from death.

For example, the drug appears to have helped Staten Island, New York, avert a spike in overdose deaths. According to the New York Daily News, 286 people there were saved by the opiate antidote. Overall overdose deaths dropped there from 116 in 2016 to 86 in 2017.

Federal officials reported in December that overdose deaths spiked nationally in 2016, with more than 63,600 Americans lost to the epidemic. The toll was five times higher than in 1999, according to the Centers for Disease Control and Prevention. Two thirds of the total, 42,249, involved opioids.

The number eclipsed the 41,000 Americans who die from breast cancer annually.

The CDC reported that the age-adjusted rate of drug overdose deaths was 21 percent higher in 2016, compared with the previous year.

While national numbers are not available for 2017, communities in some of those same states and others reported locally that deaths continued to rise in 2017.

According to news reports around the country:

“We’re trying to do everything we can to prevent it,” said Lancaster County Sheriff Barry Faile, according to the local newspaper, The Herald.

In Lewiston Idaho, 13 people died in Nez Perce County in Northern Idaho in 2017, at least double the number of any of the past nine years.

Westmoreland County, Pennsylvania, had an estimated 193 overdose deaths in 2017, breaking the 2016 record of 174. It was the ninth year in a rose in which the toll rose.

While drug overdoses were down in New Hampshire overall, towns in the southern part of the state saw an increase. In the town of Salem, for example, there were 14 deaths, compared to 9 in 2016 and 10 in 2015.

“We had a lot. I’m very surprised, for how small our community is, how many overdoses we had,” Deputy Pelham Fire Chief Paul Leischner told the local newspaper, the Eagle Tribune. His community has a population of 13,000 people and his department responded last year to four cases of cardiac arrest caused by opioid use, compared to one in 2016. At least three of the 2017 cases were fatal. The crisis, he said, also contributed to numerous car crashes.

Surry County, North Carolina, experienced an all-time record of 55 drug overdose deaths, in spite of increasing use of Narcan to revive victims. There were 32 overdose deaths there in 2016.

“We had a rough year – we did,” Surry county Emergency Services Director and Medical Examiner John Shelton told the local paper, The Tribune.