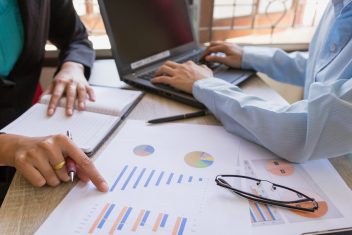 More medical devices were recalled in the first quarter of this year than any time since 2005, according to a new report that also says prescription drug recalls increased.

There were 343 device recalls in the first three months of the year, an increase of 126 percent over the last quarter of 2017, according to the report from data company Stericycle Expert Solutions. There were 105 prescription drug recalls, an increase of 52 percent and the highest number since 2013.

A medical device expert said the report may tell only part of the story.

“My concern is this report is just showing us the tip of the iceberg, and there are a lot more adverse events associated with devices on the market that we’re not hearing about and should be,” said Dr. Rita Redberg, a cardiologist at University of California San Francisco, who has done extensive research in the area of medical device safety.

The total number of medical device units recalled in the quarter was about 208.4 million, with the average number involved in each recall being 607,512, according to the report. The vast majority of the units – 93.7 percent – were recalled due to manufacturing defects.

Software problems were the top cause for the recalls. A total of 22.7 percent of recalls were for that reason. It was the eighth quarter in a row that software was the top reason for device recalls.

Redberg told Drugwatch the report is another piece of evidence that improvements are needed. She said the government’s current system for reporting problems — known as adverse events — is inadequate. “We only hear about a few percent of what actually happens,” she said.

“My sense, even before the report, is that things are worse because there has been little attention paid to recording adverse events, to look at post-market surveillance,” she said, referring to research done after a device is being used on patients. “There is a lot of attention being paid to getting devices on the market faster.”

Redberg said a recent Medical Device Safety Action Plan from the U.S. Food and Drug Administration would reduce the requirements to report adverse events even further, based on the idea that “these devices are doing so much good.”

She pointed to an implanted cardiac monitor, AngelMed Guardian. In 2018, an FDA advisory panel unanimously rejected the device, finding that the benefits didn’t outweigh the risks.

A majority of the panel voted that there was not reasonable assurance that the device was safe, while the entire 12-member panel found it not effective. But last month, the FDA approved the device, saying additional analysis “demonstrate a positive risk-benefit profile for the device.”

The reasons for the approval, Redberg said, are “unclear to me.” She said, “A lot of people rushed to the emergency room” when the device alerts went off for no reason.

While Redberg said she is concerned about most devices, even some that may seem low risk, such as glucose infusion pumps. These devices can be high risk when they malfunction.

But she said her biggest worry involves implanted devices, such as joint replacements and surgical mesh. Unlike drugs, when there is a problem with a device that is inside a patient’s body, the patient can’t just stop using it. He or she has to either live with the dangerous device or undergo a risky procedure to have it removed.

Redberg said she would like the government to require post-market surveillance of all devices, making all data accessible to the public. The current system requires adverse event reporting only by manufacturers at their discretion and institutions.

Patients and medical professionals are not required to report problems.

“It is estimated that only a few percent, maybe 5 or 6 percent, of all adverse events get reported,” she said. “I don’t think you would say we have an actual system that’s working well.”

Among the serious recalls in the first quarter of 2018 were cardiac resynchronization therapy (CRT) and implantable cardioverter defibrillators made by Medtronic. These devices provide pacing for slow heart rhythms and electrical shocking or pacing to stop dangerously fast heart rhythms.

This was a Class I recall, meaning using the devices risked serious injury or death. According to the FDA, a manufacturing error prevented electrical shock delivery by the devices, which were manufactured from July 13, 2013, to Aug. 8, 2017.

Another Class I recall involved a device used to insert and position cardiovascular catheters. The device, made by Sterilmed, was a reprocessed Agilis steerable introducer sheath. A problem with that device could cause “serious health consequences for patients, including death,” according to the FDA.