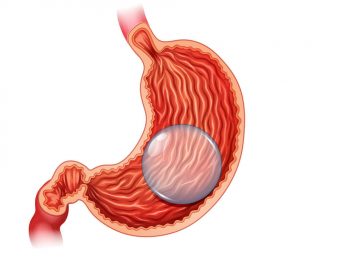 Twelve people have died after getting weight loss balloons placed in their stomachs, according to the U.S. Food and Drug Administration. Two manufacturers had to update their warning labels as a result.

“In collaboration with the manufacturers, the FDA has approved new U.S. labeling for the Orbera and ReShape balloon systems with more information about possible death associated with the use of these devices in the U.S.,” the FDA said in a June 2018 statement.

The new 2018 labels warn of the following risks:

The liquid-filled weight loss balloons work by taking up space in the stomach. Doctors place empty balloons through the mouth. Then, they fill the balloons with saline or methylene blue.

The FDA received reports of 12 deaths involving people with gastric balloons since 2016. The deaths occurred worldwide.

The FDA said the cause of death in four of the reports was stomach perforation. The agency said it would continue to monitor the devices.

ReShape Lifesciences responded to the death reports involving its device. The company said the three reported deaths occurred out of more than 5,000 balloons implanted worldwide.

Apollo Endosurgery said the death rate for its Orbera balloons was less than four deaths per 10,000 patients. The company’s chief medical officer, Dr. Christopher Gostout, said the updates to the labeling “provide important enhancements to our existing labeling.”

“Physicians should always monitor patients closely during the entire term of treatment, and patients should be thoroughly instructed on signs or symptoms of potentially life-threatening adverse events,” Gostout said in a statement.

Other Problems Associated with Gastric Balloons

The FDA approved Orbera and ReShape balloons in 2015. The agency first warned about the risk of over-inflation and pancreatitis in 2017.

More Orbera balloons had a tendency to spontaneously over-inflate than ReShape balloons. Over-inflation could cause intense abdominal pain, difficulty breathing and vomiting, the FDA said.

The FDA reports also linked the balloons to pancreatitis. The balloons compressed structures in the stomach, causing inflammation in the pancreas.

Doctors removed the balloons in these patients. Some needed hospitalization.