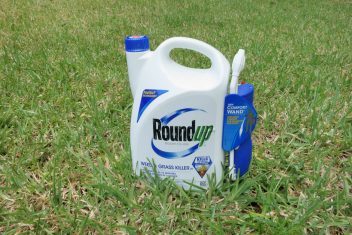 “The opinions of these experts, while shaky, are admissible,” the judge wrote.

Chhabria is presiding over more than 450 cases against Roundup maker Monsanto that are part of multidistrict litigation in the Northern District of California.

The lawsuits against the agrochemical giant allege that glyphosate caused non-Hodgkin lymphoma.

This is a cancer that affects a type of white blood cell that is part of the immune system. The cells are known as lymphocytes.

Monsanto filed a motion seeking to disqualify the plaintiffs’ experts, which would have been a major blow to the lawsuits if it had succeeded.

But Chhabria ruled that the experts meet the legal standards to testify.

“The plaintiffs have presented evidence from which a reasonable jury could conclude that glyphosate can cause [non-Hodgkin lymphoma] at human-relevant doses,” the judge wrote.

The judge also denied Monsanto’s motion to dismiss the suits.

The “ruling marks a significant victory in the fight for justice on behalf of our clients who were injured by exposure to Roundup,” said Aimee H. Wagstaff of Denver-based Andrus Wagstaff, one of the lead counsels. “We look forward to our day in court and the opportunity to hold Monsanto accountable.”

Other lead counsels include Robin L. Greenwald of Weitz & Luxenberg of New York City and Michael Miller of The Miller Law Firm of Virginia.

Their cases have been consolidated into a multidistrict litigation, or MDLs, which is how is how federal courts manage large numbers of lawsuits that involve similar issues and defendants.

MDLs are assigned to the same judge, no matter where they were filed. The MDL judge makes all pretrial rulings and presides over early trials, known as bellwethers.

In addition to the federal cases in the MDL, lawsuits have been filed in state courts in Missouri, California, Montana and Delaware.

On Monday, one of the California cases went to trial. The case involves Dewayne “Lee” Johnson, 46, a former school district groundskeeper.

The paper reported that Johnson’s attorney, Brent Wisner, told jurors in his opening statement that “a mountain of data” demonstrates that glyphosate can cause genetic damage that could lead to NHL.

He said Monsanto published information “ghost written” by staffers denying the toxicity of the chemical.