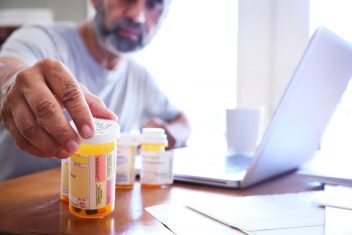 The U.S. Food and Drug Administration issued a warning that popular Type 2 diabetes drugs may be linked to a flesh-eating bacterial infection of the genitals.

From March 2013 to May 2018, the FDA identified 12 cases of Fournier’s gangrene. The disease — also known as necrotizing fasciitis of the perineum — occurred in people who took a sodium-glucose cotransporter-2 (SGLT2).

SGLT2 inhibitors include drugs such as Invokana, Farxiga and Jardiance. About 1.7 million people received a prescription for these drugs in 2017. They work to control blood sugar by causing the kidneys to excrete excess sugar in urine.

People who show signs of the disease should seek immediate medical attention. Symptoms include pain, tenderness, redness and swelling of the genitals. Some people also have mild fevers.

Left untreated, the disease progresses quickly and leads to sepsis and organ failure, according to a 2006 study in Postgraduate Medical Journal.

All 12 patients ended up in the hospital and needed surgery, the agency said in its statement. Some required “multiple disfiguring surgeries” and developed complications. One patient died.

The agency warned there may be more unreported cases linked to SGLT2 inhibitors.

Diabetes is a risk factor for Fournier’s gangrene, but it is still rare.

But of the 12 people taking SGLT2s and diagnosed with Fournier’s, five were women.

Also, FDA found only six cases of the disease in people who took other diabetes drugs over a period of more than 30 years.

AstraZeneca, Farxiga’s manufacturer, said it was unaware of any cases of the disease, Bloomberg reported.

The FDA warning for Fournier’s gangrene is the sixth attached to SGLT2 inhibitors since 2015.

The FDA is requiring that all manufacturers of SGLT2 inhibitors add a Fournier’s gangrene risk warning to prescribing information and patient medication guides.