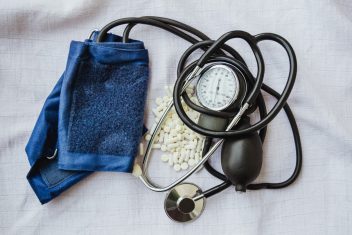 The U.S. Food and Drug Administration has found a second cancer-causing impurity in three lots of the popular blood pressure medicine valsartan. The lots were all sold through Torrent Pharmaceuticals. The discovery could lead to additional recalls or warnings to patients taking valsartan.

The latest FDA tests found three lots of Torrent Pharmaceutical’s valsartan contained NDEA (N-Nitrosodiethylamine). NDEA is a known cancer-causing agent in animals and a suspected of causing cancer in humans. The Torrent lots were already under recall for NDMA contamination when the FDA tests discovered the second impurity. NDMA is also a probable cause of cancer in humans.

Cancer is not a typical valsartan side effect. But the contamination could raise cancer risks for people taking the medicine.

Valsartan is a widely-used generic drug. The recalls over the summer raised questions about NDMA and cancer risks for people taking the drug. An estimated 3 million Americans take valsartan for high blood pressure or related heart conditions. The European Medicines Agency estimates the risk of cancer from the maximum dose of NDMA-tainted valsartan at one in 5,000. That could still mean hundreds of additional cancer cases in the U.S. The first valsartan lawsuits over NDMA contamination were filed in late August.

Are you suffering from cancer or liver damage after Valsartan use? Get a Free Case Review

The widespread NDMA contamination triggered an aggressive FDA investigation into Valsartan manufacturing. The agency has been testing for other impurities as well. That’s how the FDA discovered the NDEA contamination.

The additional risk to patients from the newly discovered NDEA impurity still isn’t clear. The FDA promised a risk analysis in the coming days. The FDA also said it will continue testing all valsartan products for NDEA impurities. The agency said it is working on methods companies should use to detect NDEA contamination. Like NDMA, NDEA contamination comes from chemical reactions and manufacturing processes.

The FDA said people should continue taking recalled valsartan until talking to their doctor about an alternative. But the agency also said anyone taking the recalled drugs should talk to their doctor or pharmacist immediately if they have not already. Not all valsartan products are contaminated. A doctor or pharmacist may be able to change a patient’s prescription to a version that’s not affected.