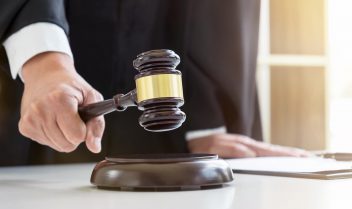 A California jury ordered Johnson & Johnson to pay $24.4 million to a dying woman who says she developed mesothelioma after being exposed to asbestos in the company’s talcum powder. The jury awarded an additional $5 million to her spouse.

Teresa “Terry” Leavitt, who was 52 years old at the time of her diagnosis, is a mother of two from Fremont, California. Her lawsuit says she used Johnson & Johnson’s talc products for 20 years, beginning when she was a baby and her mother sprinkled it on her. She continued to use it as a makeup base and dry shampoo throughout her teenage years and as a young adult.

In 2017, doctors diagnosed Leavitt with mesothelioma, a rare and lethal cancer that attacks the lining of the lungs and other organs. Asbestos exposure is the leading cause of mesothelioma. Leavitt is not expected to live past 2020, according to news reports.

Dr. Jerrold Abraham, a New York pathologist, was a key witness for Leavitt during the two-month trial. Abraham testified that he’d found evidence of asbestos fibers in Leavitt’s tissue samplings and concluded that baby powder exposure caused her disease.

Lawyers for Johnson & Johnson argued that Leavitt’s mesothelioma was idiopathic, or occurred spontaneously. Their top witness was John Hopkins, a British toxicologist who once worked in research and development for Johnson & Johnson. Hopkins said the company exhaustively tested their talcum powder to ensure it was free of asbestos contamination.

After two days of deliberation, the jury decided Johnson & Johnson’s talcum powder had been contaminated with asbestos and was a “substantial contributing factor” to Leavitt’s illness. Jurors said the company’s failure to warn consumers of the potential risks had harmed Leavitt.

The March 13 verdict came a day after the House Subcommittee on Economic and Consumer Policy held public hearings on the potential cancer risks associated with talcum powder and other consumer products.

Dr. Anne McTiernan, a cancer prevention researcher with the Fred Hutchinson Cancer Research Center in Seattle, told lawmakers that women need to know about the risks of using talcum powder in their genital areas.

She noted epidemiologic studies show use of talcum powder products in a woman’s genital area increased their risk of developing epithelial ovarian cancer by 22 percent to 31 percent. “All consumers need to be warned about the contents of these products, including asbestos and fibrous talc, so that they can make informed decisions about use,” McTiernan said.

The Congressional subcommittee also questioned Johnson & Johnson’s historical marketing practices, which included targeting minorities to increase sales of Johnson’s Baby Powder. A recent Drugwatch feature explains how Johnson & Johnson used these and other aggressive marketing techniques to perpetuate myths about feminine hygiene and, in doing so, may have fueled an ovarian cancer crisis.

Leavitt’s case is the latest of thousands of talcum powder lawsuits pending against Johnson & Johnson and was the first of more than a dozen set to go to trial in 2019.

The verdict marks the seventh time Johnson & Johnson has lost a trial over claims that it “hid health risks” associated with its talc products, according to Bloomberg.

It’s also the first court loss for the company since July 2018, when a Missouri jury awarded $4.69 billion to 22 women who blamed their ovarian cancer diagnoses on longtime use of Johnson’s Baby Powder. That case also centered around claims that the talcum powder was contaminated with asbestos.

Johnson & Johnson, meanwhile, has said it plans to appeal the Leavitt case. The company’s lawyers argued that the trial should have ended in a mistrial because of alleged procedural and evidentiary errors. The company maintains that its talc products are safe and free of asbestos.