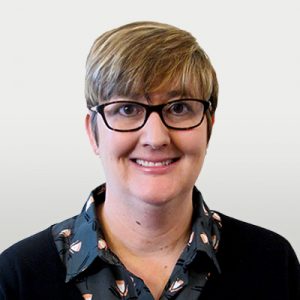 Amy Keller is a registered nurse and a former journalist with 22 years of writing and researching experience.

As a writer for Drugwatch, she answers questions about consumers’ most pressing health concerns and provides informed analysis of issues related to drugs and devices that have harmed consumers. One topic she’s written about for Drugwatch is safety concerns surrounding online pharmacies.

Amy draws on her clinical experience, compassion and storytelling skills to translate medical jargon into plain language that every patient can understand. She knows that knowledge is often the best medicine.

Amy began her career as a reporter covering politics on Capitol Hill and spent two decades in journalism. During that time, she covered a broad range of topics, including law, education, crime, real estate, business, science and health. Her writing has appeared in Roll Call newspaper, Florida Trend magazine, the Tampa Bay Times, the Washington Business Journal, Salon, The New Republic, and numerous other publications. Amy has also appeared as a guest on C-SPAN, MSNBC, FOX News, ABC’s Good Morning America and other broadcast outlets.

It was her partner’s cancer diagnosis in 2005, however, that motivated a career shift. Inspired by nurses who helped them navigate that medical crisis and driven to learn more about disease and healing, Amy took a hiatus from writing to pursue a degree in nursing.

"As a new member of the Drugwatch team, I look forward to an engaging dialogue with the public about the health issues that matter to them most."

In 2014, she was accepted into University of South Florida’s accelerated nursing program. The fast-paced and highly competitive program allows students who already have a four-year-degree an opportunity to earn a nursing degree in 15 months.

At PARC, a St. Petersburg nonprofit that provides services to individuals with developmental disabilities, she worked with children and adults with Down syndrome, autism and severe neurological impairments.

She also completed a 180-hour internship at Moffitt Cancer Center and was nominated by her peers to receive to USF’s Nurse Alumni Nightingale award for excellence in nursing.

During her time at Moffitt, Amy provided a range of care on a busy surgical oncology unit specializing primarily in gynecologic, thoracic, breast cancers, as well as plastic and reconstructive surgery. She also served as an editorial board member of Moffitt’s Patient and Family Advisory Program.

Amy found that her skills as a journalist translated well to the bedside. Her favorite aspect of nursing was talking to patients and their families — teaching them everything from how to care for post-surgical wounds to making sure they understood their medications and how to take them.

After graduating, Amy decided to combine her nursing knowledge and writing skills to educate a broader audience. For two years, she ran a successful freelance business, writing for Springer Publishing’s DailyNurse.com and other clients. She joined Drugwatch in July 2018.