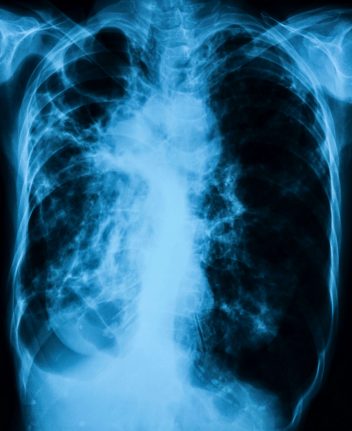 The company’s 3T Heater-Cooler System regulates patients’ body temperatures during heart, lung and other major chest surgeries. In 2015, federal investigators linked some of the machines to outbreaks of serious infections.

The Centers for Disease Control and Prevention found that some people who had developed infections died. But it stopped short of saying the infections were the direct cause of death.

“These were complicated cases and patients involved with this litigation have difficult medical histories.”

The settlement would apply to more than 85 heater-cooler lawsuits that are pending in a mass litigation in Pennsylvania as well as a class action lawsuit and some cases in state courts across the country.

LivaNova plans to pay $135 million of the settlement no earlier than July 2019. The remaining payments will be delivered in January 2020.

Lawyers for people who are suing LivaNova welcomed the offer.

“These were complicated cases and patients involved with this litigation have difficult medical histories,” Sol Weiss, a plaintiff’s attorney in the mass litigation said in a press release. “Protracted litigation was in no one’s interest.”

LivaNova said in the same press release that the settlement was in the best interest of the company, its shareholders and patients, but under the agreement, it does not admit to liability.

In 2015, the U.S. Food and Drug Administration warned that heater-cooler devices could spread nontuberculous mycobacteria, or NTM, infections during surgery. The infections usually attack the lungs.

The FDA found that a type of bacteria called Mycobacterium chimaera, or M. chimaera, had contaminated some of the machines’ water tanks. Though the water in the heater-coolers never touched patients, federal investigators found the machines could spread the germs through the air. The bacterium was blamed for outbreaks of NTM infections around the country.

The following year, the CDC warned of the risk of NTM infections associated with open-heart surgeries in which the machines were used. At the time, the devices were used in about 60 percent of heart bypass procedures in the United States.

The FDA tracked the source of the problem to a manufacturing plant in Germany. Testing in 2014 turned up evidence of bacteria in the factory’s production line and water supply. The company added cleaning and disinfectant procedures, and further testing in 2015 found no traces of the contamination.

The device was originally manufactured by Italy’s Sorin Group and branded as the Sorin 3T Heater-Cooler System. The company merged with United States-based Cyberonics in 2015, shortly before the first lawsuits were filed.

The new company rebranded itself as LivaNova. The device has been rebranded as the LivaNova 3T Heater-Cooler System, but lawsuits and the federal mass litigation refer to it by the Sorin name.

In 2017, Children’s Hospital New Orleans reported it identified an additional 12 children who experienced NTM infections after they had undergone heart surgery with a heater-cooler. That same year, Duke University Hospital in Durham, North Carolina, linked the devices to 12 heart surgery patients who developed NTM infections in a seven-month period that ended in June 2015.

“CDC estimates that in hospitals where at least one infection has been identified, the risk of a patient getting an infection from the bacteria was between about 1 in 100 and 1 in 1,000,” according to the agency.

NTM infections progress slowly, and people might not show any symptoms until years after they are first exposed. Some patients may not even find out they are infected until they undergo chest imaging for some other medical condition.

“CDC estimates that in hospitals where at least one infection has been identified, the risk of a patient getting an infection from the bacteria was between about 1 in 100 and 1 in 1,000.”

Symptoms can include fever, weight loss, cough and fatigue. People may also lose their appetite, suffer night sweats, experience shortness of breath, and see blood in their saliva and mucus. The CDC advised people who have undergone open-chest surgery to seek medical care if they experience these symptoms.

The class action lawsuit that is part of the settlement agreement sought $5 million to cover patients who are at risk for the infection but who have not yet exhibited symptoms. It claimed that at least 3,600 patients may have been exposed to the bacteria during heart surgeries at two Pennsylvania hospitals.