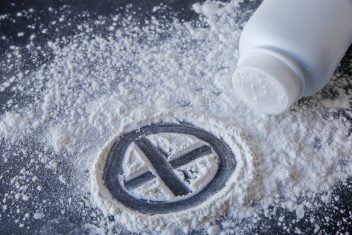 A Manhattan jury ordered health care giant Johnson & Johnson to pay $325 million to a woman who claimed asbestos-contaminated talc in the company’s baby powder led her to develop mesothelioma, a rare and deadly cancer.

This verdict, along with other sizable talc verdicts, could spur additional large verdicts and settlements, according to experts.

“I believe these huge verdicts, especially in the punitive damage awards, will hasten the potential for a global resolution of the talc litigation.”

“I believe these huge verdicts, especially in the punitive damage awards, will hasten the potential for a global resolution of the talc litigation,” attorney Holly Ennis told Drugwatch.

“Of all the verdicts against Johnson & Johnson that have been through the appellate process, every one has been overturned,” Montagnino said.

In December 2018, the company lost its bid to reverse a $4.7 billion talc verdict awarded to 22 women with ovarian cancer. However, the company has said it is confident the verdict will be overturned on appeal, according to a report by The New York Times.

But internal documents show the company knew for decades that its talc had been tainted with asbestos, plaintiffs say. Many of these documents were unearthed during trial.

A December 2018 Reuters special report found the earliest mentions of tainted Johnson & Johnson talc are in reports from 1957.

Johnson & Johnson has been quick to blame the verdicts on plaintiffs’ lawyers and misinformed juries. The company accuses plaintiff’s lawyers of “cherry-picking” documents and using them out of context.

“Plaintiff trial lawyers claim that there was a conspiracy inside Johnson & Johnson to intentionally sell products that we knew contained asbestos,” the company said on its website refuting asbestos contamination claims. “This claim is false.”

Meanwhile, the company must contend with thousands of lawsuits like Donna Olsen’s.

“With this verdict, yet another jury has rejected J&J’s misleading claims that its talc was free of asbestos,” Olsen’s lawyer Jerome Block told Bloomberg.