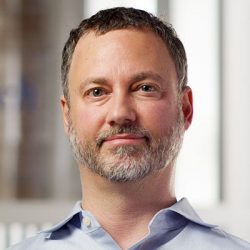 Nearly 1 in 5 Americans suffers from some form of mental illness — depression, bipolar disorder or schizophrenia, according to research published in a recent Newsweek. That’s about 42.5 million people, and 9.3 million have a debilitating form of the illness.

On this episode of Drugwatch Podcast, Dr. Alexander Bingham of Full Spectrum Progressive Psychology in Manhattan, N.Y., shares his approach to the treatment of “psychological distress,” which is how he classifies these illnesses.

Bingham’s unconventional philosophy is that these disorders are a product of many factors that include the body and mind and they should not be treated like many other diseases, such as diabetes.

Because of what he uncovered in his research, Bingham also believes that drugs are not the answer to these disorders.

As a writer for Drugwatch, I’ve heard from many frustrated people who had negative experiences with pharmaceuticals. They want what anyone wants: to live a full life. Sometimes all they get are more problems caused by drugs.

The most popular treatment for these disorders comes in the form of a pill, including well-known brands such as: Zoloft, Paxil, Prozac and newer drugs like Risperdal and Abilify – the highest grossing drug in the country.

These drugs may help with symptoms and enable people to live their lives, but pharmaceutical companies are also quick to capitalize on these drugs, spending millions on advertising to consumers.

What many of these ads don’t capitalize on are the potential side effects – usually a laundry list of disturbing conditions, some of which can be fatal.

Drugs and Their Side Effects

Despite the collection of side effects, antidepressants and antipsychotics remain at the top of the most-prescribed list. In 2013, the most profitable drug in the country was the anti-psychotic Abilify, which generated $6.4 billion in U.S. sales alone. Research links the drug to compulsive behaviors that include pathological gambling and binge eating.

Another drug in the same class, Risperdal, is linked to male breast growth, a disturbing side effect called gynecomastia. In addition, antipsychotics are even more dangerous for the elderly with dementia because the risk of death from stroke is particularly high.

Other popular drugs used to treat depression are selective serotonin reuptake inhibitors (SSRIs), and these include: Zoloft, Paxil and Prozac.

These SSRIs have the usual list of terrible side effects, but may also cause birth defects when taken by pregnant women, a little known side effect that led to a number of lawsuits filed by parents of babies affected by the drug.

Drugs Are Not Proven Effective

Doctors prescribe these drugs growing numbers, though most researchers admit they don’t know the exact way in which they work. According to Bingham, that’s because there are no actual studies that prove without a doubt that they are effective. He also found quite a bit of bias in clinical trials and studies.

“None of these [drug company] studies had any definitive proof that any of these drugs were necessary or even safe,” he said.

Bingham is well-versed in Prozac in particular, having done his graduate research and dissertation on the drug.

“Eli Lilly, the manufacturer of Prozac, conducted 20 clinical trials, 17 of which were so bad and so flawed . . . that they didn’t even submit them,” Bingham said. “They only submitted three to the FDA and were denied approval twice.”

He is writing a book that will outline what he sees are the problems in the mental-health field and solutions for making drugs a thing of the past. The book’s working title is “Kicking the Habit: Helping Psychiatry End its Addiction to Psychological Medication.”

“We all can get in trouble psychologically,” Bingham said. “And we all can benefit from learning how to deal with life when it gets really difficult instead of turning to prescription drugs.”

More from Latest News
Who Am I Calling?