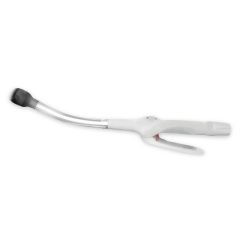 Have you or your loved one suffered injuries from a surgical stapler?

We value your privacy. By submitting, you agree to our privacy policy and disclaimer. After submitting, you will be contacted by one of Drugwatch's trusted legal partners. This is legal advertising.
Last modified: August 5, 2020
Fact Checked
Fact-Checked

Surgical staplers, which are sometimes preferred to sutures for minimally invasive surgeries, can cause serious injuries by firing malformed staples into organs or other tissue in the body. Defective staplers may not fire all staples necessary to bind an incision, causing bleeding or leaving an incision unsealed.

The risk reclassification of these devices, product recalls and media reports about stapler malfunctions being hidden from the public are likely to drive an increase in surgical stapler lawsuits.

Attorneys are currently taking new cases. Settlements and verdicts in surgical stapler cases have ranged from $5 million to $80 million.

Did you suffer serious injuries or complications from a surgical stapler? Get Your Free Case Review

Medtronic, which acquired Covidien in 2014, and Johnson & Johnson subsidiary Ethicon control the vast majority of the surgical stapler market in the United States. The two companies produce 4 out of 5 surgical staplers used in American hospitals.

Medtronic and Ethicon products account for some of the largest surgical stapler-related recalls in recent years. The two companies combined have recalled more than 3.4 million staplers, staples and components since 2013.

Medtronic reported at least five people injured prior to a May 2018 recall. The companies often found manufacturing defects that could cause injuries.

In a 2019 recall of more than 3 million TriStaple reloads, Medtronic reported that a missing component had the potential for staples to fail, leading to “bleeding, anastomotic leak, peritonitis, or pneumothorax which can result in the potential for infection and/or sepsis.”

Other defects leading to recalls had the potential to cause bleeding or the leaking of intestinal contents into surrounding body parts.

Medical device manufacturers are required to report serious injuries and deaths related to the use of their products to the U.S. Food and Drug Administration. The FDA maintains a public database of reported medical devices problems. But the majority of surgical stapler complications reported between 2011 through 2018 were submitted to a hidden database.

While 41,000 malfunctions were reported to the public database, another 56,000 were concealed from public view. Among the 41,000 public reports, there were at least 366 deaths and more than 9,000 serious injuries related to surgical staplers in that eight year period. When reports from both databases were combined, the number of deaths rose to 412, and injuries rose to 11,181.

In 2016 alone, the FDA posted fewer than 100 stapler-related injury reports to the public MAUDE database. But nearly 10,000 reports were hidden from the public as so-called “alternative summary” reports, according to Kaiser Health News.

When Kaiser Health News reported on the secret database in 2019, the FDA took quick steps to release the hidden reports and tighten regulations around surgical staplers.

Verdicts and Settlements in Stapler Lawsuits

The largest surgical stapler verdict was nearly $80 million awarded by a California jury to a former police officer for life-threatening injuries from a defective stapler.

Three days after Florence Kuhlmann underwent surgery in 2012, doctors found her bowel had been stapled against her rectal wall. The blockage caused her bowel to rupture causing sepsis, a life threatening response to infection.

The problem was blamed on an Ethicon PPH 03 surgical stapler later involved in a company recall, according to her attorneys.

In 2017, Ryan Strange of Illinois agreed to a $5.5 million settlement over the death of his wife due to a surgical stapler injury in 2013.

The lawsuit named Memorial Medical Center in Springfield, Ill., the Southern Illinois University School of Medicine’s group practice doctors, and Covidien. All parties agreed to pay a share of the settlement.

Covidien agreed to pay $250,000 as its part of the wrongful death lawsuit. Medtronic acquired Covidien in 2014.

April Strange bled to death following surgery to remove a noncancerous mass on her liver. The stapler cut a blood vessel but failed to properly seal it, causing “massive blood loss, cardiac arrest related to the blood loss, and death the same day.”

This risk has been cited as a reason behind surgical stapler recalls in recent years.

The stapler had been disposed of following surgery, and Covidien argued that there was no proof that Strange’s death was a result of a defect in its product.

Surgical stapler injuries can be serious or even deadly. They can cause people to be incapacitated for long periods of time or cost families their loved ones. People can seek compensation for both past and future injuries from these devices.

Past and Future Compensation in Surgical Stapler Lawsuits

People considering filing a surgical stapler lawsuit may wish to consult a lawyer who specializes in medical device cases. These types of lawsuits can be complex and involve issues of medicine, engineering and manufacturing as well as product liability law.

When did these complications occur?
Surgical stapler complications can occur during surgery or show up days after the surgery. Be sure to let your attorney know when you first felt symptoms.