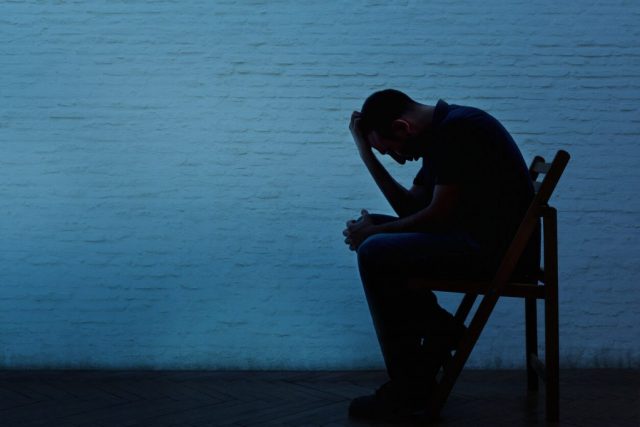 A Florida man says taking Propecia, known generically as finasteride, ruined his life and forced him to take testosterone replacements, use erectile dysfunction drugs like Viagra and Cialis, and receive a penile implant.

“They say what happens to us is rare, but I think if guys even knew there was even a one percent chance of this happening to them, they would never touch this drug,” said the man, whom Drugwatch is only identifying as DR. “In my experience, I have gone 10 years without a spontaneous erection.”

DR, who works in finance, said he first heard about Propecia through his father.

“My dad had taken it for hair loss, and when my hair started thinning I said, ‘I might as well go for it,’” DR said. “I went to the doctor and requested it. My dad suffered from erectile dysfunction while taking Propecia, but because he was older, he just attributed it to age. Now, he wonders if the drug had anything to do with his problems.”

DR was 26 when he started taking Propecia. He was a young man with a healthy sex life, but that all changed a few months later.

7 Months of Propecia Led to 10 Years of Side Effects

When DR first experienced erectile dysfunction, or ED, it was about seven months into taking Propecia.

“I went to have sex with my girlfriend, and I had complete impotence,” DR said. “After that failed sexual attempt, I looked down and thought, ‘Oh, my god. My penis has shrunk.’  I remember thinking, ‘It looks like a child’s penis.’”

That was the beginning of the next 10 years of living with mental, hormonal and sexual problems.

He started noticing he suffered from brain fog, stumbled over words and lost his wit to joke with his friends. His hair changed texture, he lost energy, and he had absolutely no sex drive.

“The only thing different was Propecia,” DR said. “Before, I ran, played soccer and had a great sex life. I immediately stopped taking it when I noticed these issues, and I thought the side effects would disappear.”

DR waited a week and then two weeks. That was when he started to get worried.

“The doctor said, ‘Give it more time.’ I went to another doctor, and he said to give my body a year to heal and most people bounced back,” DR said.

After a year, DR’s problems did not improve. He visited another doctor who prescribed him Cialis.

“Initially it helped,” DR said. “I still experienced ED, but I could get a full erection. But I still didn’t have a lot of sex drive and my muscle had decreased. A lot of people asked me if I was sick.”

Frustrated, DR turned to testosterone therapies such as AndroGel and continued using Cialis and Viagra.

But, eventually, the Cialis and Viagra stopped working, and he found AndroGel was terrible for him.

“I’ve been to every local doctor who I thought could help me,” he said. “I’ve been to the Cleveland Clinic, and the Mayo clinic and didn’t get any real solution. Testosterone injections help me with my cognitive function and sex drive, but I still have erectile dysfunction.”

‘I’ve Got this Secret’

For years, DR did the best he could to live with the symptoms. But, dating was a horrible nightmare for him.

It forced him to avoid women.

“Whenever people looked at me, they saw this successful, good-looking guy. But, it’s like I’ve got this secret,” he said. “I would love to be married and settled down, but I can’t enter a relationship and say, ‘Hey, you know what? I can’t have a consistent erection.’”

Eventually, DR sought a more permanent solution to his sexual problems and got a penile implant that cost him $30,000.

“I’d like to have a real relationship and just move on with my life,” he said. “This has been haunting me.”

After receiving the implant, he was able to improve his quality of life at age 36, but he will always have to rely on testosterone medications.

“I’m sharing my story because there are too many innocent people who could be affected by this drug, and they just need to be aware of what it can cause,” DR said. “Without a doubt this has changed the way I view prescription drugs. When you look at the fact that there were studies about these side effects before I started taking it, you wonder why there wasn’t a warning label. It makes you question everything. No guy would take it if he knew there was a chance of having permanent erectile dysfunction.”