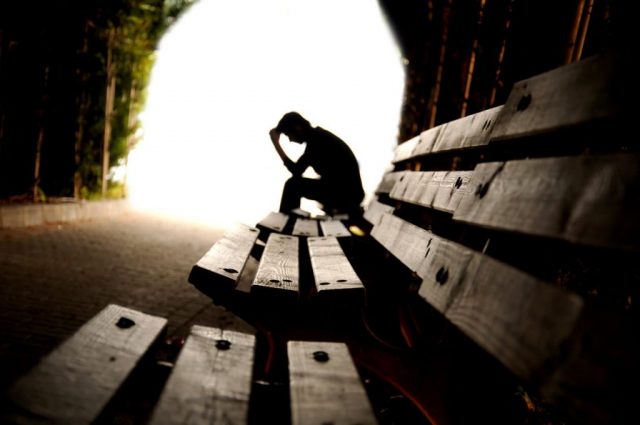 For a New York state man, Propecia started out as a solution to hair loss. Then, he says, it turned into a nightmare of side effects, including mood problems and sexual disorders.

“I don’t know of anything that can change you so much,” the man identified as G.M. told Drugwatch. “I don’t know any other pharmaceutical that basically castrates you.”

Propecia sufferers call the condition post finasteride syndrome (PFS). But, few doctors even know what the disorder is or acknowledge it exists.

For many men living with PFS, online forums are the only place to get support. Many of these men filed lawsuits.

G.M. says he was a healthy young man who lived life to the fullest. Now, he no longer sees a future.

“Sometimes, the depression is so bad that I think about committing suicide,” G.M. said. “I say, ‘Well, I can jump off a cliff.’ But, I stop and think that I would be a bad example to my family. I have other people who love me. They would feel hurt.”

February 2018 marks about five years since G.M. stopped taking Propecia. He still suffers from genital pain, lack of sexual desire, fatigue and other side effects of Propecia.

Now in his early 40s, he feels like an 80-year-old. He has given up on relationships because he cannot be intimate with a woman. G.M. described his life as a roller coaster heading to the bottom.

“Sometimes I wish I could have a heart attack,” G.M. said. “Or I say, ‘Give me cancer and take me away from this prison.’”

G.M. first started Propecia in the early 2000s. The medication insert said little about the drug’s lasting side effects. In fact, the drug’s label said any sexual side effects were temporary.

“I thought I could try the drug and stop it if something was wrong,” G.M. said.

He found out that wasn’t true.

G.M. took Propecia for about a year at first. The drug worked for his hair loss, and he stopped it. He felt good and thought he had avoided side effects.

Five years later, he took it again. On the second day, he immediately noticed difficulty getting an erection and ringing in his ears.

“I kept taking it for about 10 days because I thought the side effects would be temporary,” G.M. recalled. “But, after the second day, I was probably already toast. It totally destroyed me.”

Propecia works by blocking a hormone in the testosterone family called dihydrotestosterone, or DHT. Too much DHT can cause hair loss. But, too little can affect sex drive and cause other issues in men.

When men stop taking the drug they experience a temporary hormone spike, G.M. said. The only problem is the spike may put the body into overdrive, followed by a brutal crash.

Men on the forums describe the crash as a system shutdown. They suffer penis shrinkage, and pain or numbness. For some, symptoms include anxiety and sleeplessness. But, the symptoms are diverse and unique to each man.

After the crash, G.M. said he lost his vibrant social life. Depression and difficulty concentrating cost him his job.

“I had a girlfriend who was patient for a while,” he said. “But I didn’t feel like a man, and we broke up a year after I began suffering PFS. Since then, I don’t date. What is the point?”

G.M. sought treatment from a doctor in New York state who specialized in PFS. He tried testosterone injections and a cocktail of other drugs to normalize hormone levels.

He said the doctors can only offer peace of mind. They don’t really have a solution.

“Nobody I know was able to reverse [PFS],” G.M. said. “I can say I feel better, but I am not the same as before I took Propecia. I feel something is broken in my body.”

G.M. was fortunate to be financially secure after he lost his job. But, he finds no enjoyment in the money or freedom.

“The loneliness is the worst,” G.M. said. “Only my ex-girlfriend knows I have this condition. My family doesn’t know because they aren’t very strong. My mother would just panic if she knew. So, there is no point in telling her.”

G.M. lives day by day with the secret burden of PFS. He is also angry that the drug company never told anyone about how serious the side effects would be.

“If they tell you that taking Propecia is like Russian roulette, I don’t think anyone would try it,” he said.  “Once the drug company released the drug and made their money, they don’t care about people.”

The scariest thing, G.M. said, is that this drug is still on the market. He urged people to do their research on this or any drug before taking it.