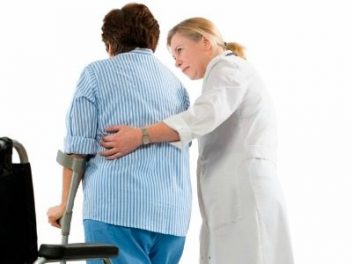 Transvaginal mesh manufacturer Johnson & Johnson has discontinued four of its mesh products following lawsuits filed by hundreds of women who say the mesh is harmful.

Johnson & Johnson announced its decision in a letter it sent to the U.S. Food and Drug Administration (FDA) and judges presiding over a large mesh lawsuit in West Virginia.

In its letter, Johnson & Johnson said it would no longer sell the Gynecare TVT Secur system, Gynecare Prosima, Gynecare Prolift and Gynecare Prolift + M products made by its subsidiary, Ethicon. The company asked the FDA to give it 120 days before sales were complete.

It also said it would continue to sell another of its mesh product — the Gynecare Gynemesh — after adjusting the device’s labeling about its use.

The four discontinued mesh products were used by surgeons to treat stress urinary incontinence and pelvic organ prolapse. Their safety was questioned after reports surfaced of mesh erosion and organ perforation (puncture).

“Ethicon has no present intention to commercialize these products in the future,” according to the letter.

In exchange for its decision, Johnson & Johnson asked the FDA to waive a requirement it issued for the company to conduct multimillion-dollar safety studies scrutinizing its transvaginal mesh brands. The FDA issued the mandate in January 2012 in response to 3,874 reports of injuries caused by products from Johnson & Johnson and 44 other manufacturers.

“Ethicon has requested that it be allowed to continue the sale of Gynecare Gynemesh PS using the current instructions for use until the FDA responds to this proposed plan,” Johnson & Johnson’s letter states.

The terms of Johnson & Johnson’s proposal provide the company with an exit from many of the financial consequences of marketing transvaginal mesh.

Before its brands came under fire for their adverse post-surgical effects in 2010, Ethicon generated billions of dollars in revenue for Johnson & Johnson. However the company has paid billions to settle lawsuits, including one settlement of $2.2 billion for charges of drug marketing fraud.

More than than 1,000 mesh recipients filed lawsuits against Johnson & Johnson.