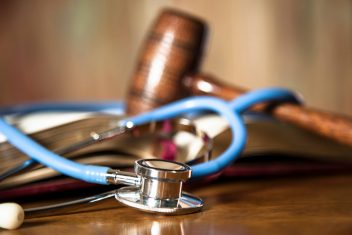 The verdict includes $100 million in punitive damages intended to punish the company for especially harmful behavior.

“I’m so happy for Susan McFarland,” Tammy Jackson, a patient advocate and mesh survivor for over 12 years, told Drugwatch. “I believe the jury saw the truth about mesh. I hope other jurors do the same.”

McFarland received her TVT-O mesh implant in 2008. Most pelvic mesh implants are made of a plastic called polypropylene. They repair pelvic organ prolapse and treat stress urinary incontinence by providing support to weakened tissue.

“I believe the jury saw the truth about mesh. I hope other jurors do the same.”

According to McFarland’s lawsuit, the mesh eroded tissue in her pelvis and punctured her vagina. She had revision surgery to remove the mesh but continued to suffer complications.

This verdict is the largest pelvic mesh jury verdict against the company, Ethicon spokeswoman Mindy Tinsley told Bloomberg. She said the company would appeal.

Other manufacturers also face mesh lawsuits, but Ethicon has the most federal lawsuits pending against it with 10,415 cases. At one time, that number was 40,719, according to the U.S. Judicial Panel on Multidistrict Litigation.

On April 16, 2019, the FDA stopped all sales of pelvic mesh for prolapse because the agency could not “assure women that these devices were safe and effective long term,” Dr. Jeffrey Shuren, director of the FDA’s Center for Devices and Radiological Health, said in the agency’s press release.

J&J to Pay $9.9 Million for Failing to Disclose Mesh Risks

Two days before Philadelphia jurors handed up the McFarland verdict, Johnson & Johnson had agreed to pay Washington state $9.9 million to avoid going to trial for “misrepresentations and failure to include serious risks in the instructions and marketing materials for surgical mesh devices,” according to the Washington State Office of the Attorney General.

Attorney General Bob Ferguson sued Johnson & Johnson in May 2016 on grounds that the company violated Washington’s Consumer Protection Act by failing to disclose mesh risks in materials for patients and doctors. According to Ferguson’s office, about 14,000 women in the state have had mesh implanted.

Johnson & Johnson Global Head of Medical Affairs Piet Hinoul said during a deposition that the company knew about the serious risks “from day 1” but did not inform patients of the risks. 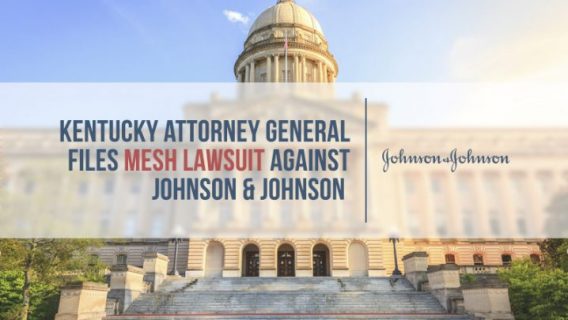 “Washington state’s attorney general did an amazing job getting $10 million for the ladies of Washington state. I hope more attorneys general do the same,” Jackson said. “I believe the truth about polypropylene mesh is coming to light.”

Ferguson has announced that the money from the settlement will go to help Washington women affected by mesh. Women can fill out a contact form on the state’s website for more information.