Testosterone Drugs Not Effective in Men with Type 2 Diabetes 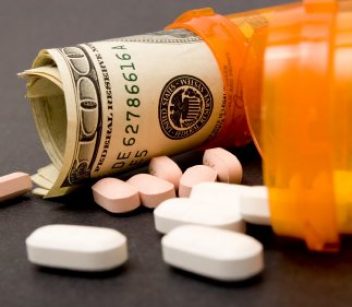 Testosterone therapy did not help aging, obese men who have Type 2 diabetes and reduced testosterone levels with sexual symptoms and general health, a new study shows.

Berlin-based Bayer Pharma AG who makes the testosterone drug Nebido funded the study published in The Journal of Clinical Endocrinology & Metabolism. Researchers found it is unlikely that testosterone therapy could improve erectile function or general health in study participants because testosterone levels are not the only reason for these medical problems.

This is the latest study that calls the effectiveness of the drugs in question. The controversial treatment also has some doctors and patients questioning its safety.

The drugs’ cardiovascular risks led a number of men to file lawsuits against testosterone manufacturers for such complications as heart attacks, strokes and mini-strokes.

The study involved 88 patients aged 35 to 70 with Type 2 diabetes. The test subjects had mild to moderate aging symptoms and erectile dysfunction. The men were randomly assigned to 40 weeks of intramuscular testosterone treatment or a placebo.

The research found that there were no substantial improvements in men using the placebo compared to the treatment.

The study concluded that the trial does not support the use of testosterone therapy to improve general health or sexual symptoms in aging men with Type 2 diabetes.

Low Testosterone May Not Be Caused Solely By Aging

While the study did not find that hormone replacement therapy was beneficial for this subgroup of patients, it did find a relationship between other health conditions in these men that may contribute to low testosterone (Low T).

Obesity, Type 2 diabetes, cardiovascular disease and depression are comorbidities that affect testosterone levels in men. The study results suggest that treating comorbidities instead of using hormone therapy might be more beneficial.

“The fact that constitutional and sexual symptoms were associated with depression and with microvascular complications of diabetes, but not with circulating testosterone levels, is consistent with the possibility that prevention and care of comorbidities and of diabetes-related complications may yield more marked symptomatic benefits than testosterone therapy,” researchers wrote.

This was not the first study to explore the effectiveness of hormone replacement therapy in men with comorbidities such as obesity and depression.

Obesity, in particular has a staggering effect on T levels. Previous studies conducted by Bayer showed that obesity is a major cause of Low T, and 75 percent of very obese men have low levels of the hormone.

Last year, two studies, the Men Androgen Inflammation Lifestyle Environment and Stress (MAILES) study and the European Male Aging Study (EMAS) found that comorbidities – and not aging – may be to blame for Low T.

The authors also said it was not clear whether hormone replacement drugs were beneficial or safe.

The study comes as researchers question the effectiveness of Low T medications.

In the past years, low testosterone – known as hypogonadism – has become a popular diagnosis with a $2 billion industry behind it. While this condition is a real problem for some men, the medication is now in the mainstream being used as a lifestyle drug.

Medications that include Axiron, AndroGel and the yet-to-be-released Rextoro promise youthful longevity for older men who are going through the normal aging process. The medications are said to help with low libido, fatigue and decreased muscle mass. Clinics across the country offer men quick and simple access to the medications.

In early 2014, the Food and Drug Administration (FDA) opened an investigation into the link between some Low T products and heart attacks, stroke and death.

In September, the agency’s Bone, Reproductive and Urologic Drugs panel will meet with the Drug Safety and Risk Management committee to discuss the benefits and risks of the treatment, particularly in the case of heart safety.