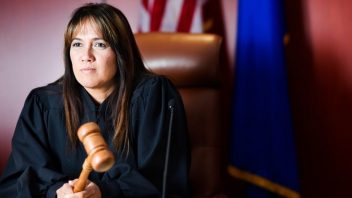 A California woman who claimed Johnson & Johnson should have warned consumers about alleged health risks from talc-based products like Baby Powder had her class-action suit against the company tossed by a federal judge.

“Because Plaintiff does not have standing to bring the present action, the [First Amended Class Action Complaint] must be dismissed for lack of subject matter jurisdiction,” Wolfson, a New Jersey-based judge, said in a 32-page opinion.

In her ruling, Wolfson gave Estrada the option of amending her complaint against the New Brunswick, New Jersey-based company within 30 days.

Estrada of Stockton, California originally filed suit against Johnson & Johnson in her home state in 2014. In her suit, which was later moved to New Jersey, she said she used J&J’s Baby Powder from 1950 to 2013.

“Plaintiff purchased the product believing it was safe to use on any external area of her body. Had Plaintiff known the truth about the safety of using Johnson’s® Baby Powder, she would not have purchased the product,” her complaint said. As a result of her purchase, Plaintiff suffered injury in fact and lost money. Plaintiff is not claiming physical harm or seeking the recovery of personal injury damages.”

This isn’t the first time a judge in New Jersey ruled against a plaintiff in a talc lawsuit. In September 2016, Judge Nelson Johnson in Atlantic City tossed suits from two women who blamed J&J’s talcum powder for their ovarian cancers.

Johnson said Brandi Carl’s and Diana Balderrama’s talc suits didn’t show enough evidence of an alleged cancer link, reports say. The judge rejected testimony from plaintiff’s witnesses Dr. Graham Colditz, a Washington University epidemiologist, and Daniel Cramer of Harvard University. Cramer, who heads the Obstetrics and Gynecology Epidemiology Center at Brigham and Women’s Hospital in Boston, first uncovered an alleged link between genital talc and cancer in 1982. He has lobbied unsuccessfully for many years to get warning labels on talc products.

Meanwhile, plaintiffs in Missouri have racked up four major courtroom victories against Johnson & Johnson. Juries in St. Louis have awarded a combined total of $307 million in verdicts in four cases. In another St. Louis case, J&J won. A judge in Missouri declared a mistrial in another talc case in June.

That decision followed a U.S. Supreme Court ruling in an unrelated case that placed restrictions on where lawsuits can be filed against corporations. Justices said such suits should be filed in the state in which the company is based or the location where the alleged harm occurred.

It affected the Missouri case because it involved two out-of-state plaintiffs and one Missouri plaintiff.