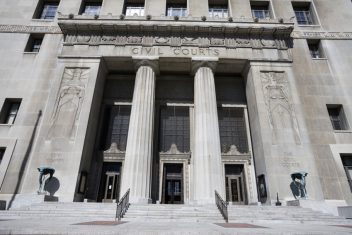 After being battered by a series of multimillion-dollar verdicts from juries finding its talcum powder caused ovarian cancer, Johnson & Johnson is set to face three plaintiffs in a single trial scheduled to start Monday, June 5, in St. Louis.

The upcoming trial is described by CVN (Courtroom View Network) as the first multi-plaintiff trial in St. Louis over the risks from Johnson & Johnson’s talc-containing women’s hygiene products.

Circuit Judge Rex M. Burlison on May 17 issued an order granting a plaintiffs’ motion to consolidate three cases for trial. The three plaintiffs whose cases will be heard together are Michael Blaes, Savanna Crews and Darlene Evans.

Court spokesman Thom Gross told Drugwatch that a pretrial conference will be conducted Monday, and that if the case goes forward, jury selection will be conducted on Tuesday. Because some related cases are on appeal, Gross said, the plaintiffs may elect to delay the trial until a ruling from the appeals court.

The Missouri courthouse where the trial is scheduled to be held has already been host to five talc trials, four of which have ended with unfavorable verdicts against the pharmaceutical giant:

Did you develop cancer after talcum powder exposure? Get a Free Case Review

Although Johnson & Johnson was aware of the research, the company has said it was inconclusive. Consequently, the major pharmaceuticals corporation never put a warning on its talcum powder products.

Johnson & Johnson faces more than 1,000 similar lawsuits in state and federal courts around the nation.