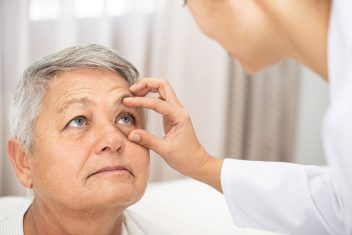 Use of antibiotics in an increasingly common treatment for eye diseases may be contributing to antibiotic resistance, and creating new health problems for the patients treated.

Dr. Stephen Kim with the Vanderbilt Eye Institute in Nashville, Tennessee says bacteria in his research quickly developed resistance to “eight, nine or ten antibiotics.” He told a meeting of the American Academy of Ophthalmology he found bacteria becoming resistant to potent third and fourth generation fluoroquinolones after just a few treatments.

Fluoroquinolones, such as Cipro and Levaquin, are some of the most powerful antibiotics available, but bacterial resistance to the drugs has been growing. Bacteria exposed to the drugs, but not killed, can mutate. These changes help bacteria survive while making antibiotics less effective against them.

Dr. Kim has studied the effects of repeated antibiotic use along with a procedure called intravitreal (IVT) injections. IVT is used to treat diseases of the retina such as macular degeneration and macular edema which can result in vision loss.

Only about 4,000 IVT procedures were performed in 2001, but the number has grown to an estimated six million procedures in 2016. Ophthalmologists now routinely perform more IVT injections than cataract surgeries.

IVT treatment involves injecting medications directly into the eye, but Dr. Kim warns that antibiotics used in association with the procedure could be a problem.

Because IVT treats chronic conditions, patients typically undergo repeated treatments over a long time. The procedures may be carried out as often as once a month. Surgeons may use antibiotics alongside IVT to prevent infections – mainly against endophthalmitis, a condition that can cause blindness or destroy the eye all together. But studies have shown antibiotics applied to the eye have not proven effective against the infection.

It has been estimated that 90% of surgeons use antibiotics while performing IVT treatment and nearly half give their patients antibiotics ahead of the procedure.

“You can get the sense that repeated, short-term, indefinite use of antibiotics in the setting of IVT could profoundly increase antibiotic resistance,” Dr. Kim told the Ophthalmology Times.

Potentially harmful bacteria frequently form colonies in healthy peoples’ nasopharynx, a soft palate that connects the nose and mouth. As much as 40 percent of the antibiotics applied to the eye during IVT procedures can migrate to the nasopharynx. The doses are not enough to kill the colonies, but can make the bacteria mutate, becoming more resistant to the drugs – and more of a threat to patients.

Dr. Kim’s research looked at 24 patients receiving IVT treatments for a year. Some were treated with antibiotics, others were not. Researchers also identified those patients who had bacteria colonies in the nasopharynx, which they sampled and measured for antibiotic resistance over the course of the study.

Bacteria from one patient were sensitive to 16 different antibiotics at the start of the study – meaning any of those antibiotics could have been used to treat it. But by the patient’s fourth treatment with antibiotics in an IVT procedure, the bacteria had evolved to the point it was resistant to all fluoroquinolones as well as several other antibiotics.

Dr. Kim said “an alarming amount” of the strains were resistant to as many as 10 different antibiotics.