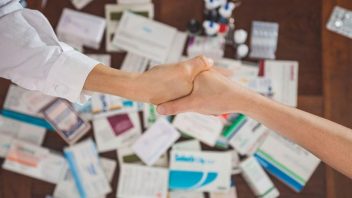 Evidence used to support the government’s approval of some prescription drugs suffers from “major flaws,” according to the findings of two new studies.

“Only about a third of the clinical studies that are done on these medications are so-called randomized trials, which are the gold standard of evidence where we can find out if the drug works or if it is better than another,” said Dr. Huseyin Naci of the London School of Economics and Political Science, who co-authored the recent studies. “The key implications of this research is that patients, doctors and the wider healthcare community are very much being shortchanged. The majority of the evidence that exists on these medications are flawed, and they are not actually sufficient to address the information needs of patients and doctors.”

The studies were published last month in JAMA and in June in The Milbank Quarterly.

The FDA’s Accelerated Approval Program, created in 1992 during the HIV/AIDS crisis, is designed for quicker approval of drugs that treat serious conditions and fill an unmet medical need. Rather than requiring clinical studies that demonstrate drugs are effective in treating a specific condition, the accelerated approval is based on something called a “surrogate endpoint.”

The FDA says that the use of surrogate endpoints can considerably shorten the time required to receive FDA approval because these are things that happen much sooner. “This approval pathway is especially useful when the drug is meant to treat a disease whose course is long, and an extended period of time is needed to measure its effect,” the FDA says. “After the drug enters the market, the drug maker is required to conduct post-marketing clinical trials to verify and describe the drug’s benefit. If further trials fail to verify the predicted clinical benefit, FDA may withdraw approval.”

Drugs approved this way must carry a statement on their label that the clinical benefit hasn’t been well established, and that confirmatory trials are ongoing.

Currently, about 10 percent of new drugs are approved through the accelerated process. It is one of several expedited approval programs created in the last 30 years, including another called “fast track,” which was created in 1988 to permit approval after a single study of drugs to treat severely debilitating diseases. More than half of new drugs are allowed onto the U.S. market through one of the expedited pathways.

In some instances, the results of clinical trials conducted to follow-up accelerated approval has prompted the FDA to withdraw approval.

One example is Avastin (bevacizumab), which was cleared through the accelerated process for treatment of breast cancer. But later trials showed no increase in overall survival of breast cancer patients, and raised some significant safety issues, including severe high blood pressure, bleeding, heart attack or heart failure, as well as injury to the nose, stomach and intestines. Avastin is still allowed to be marketed for other cancers.

Also, gemtuzumab, which was granted accelerated approval in May 2000 to treat acute myeloid leukemia, was withdrawn 10 years later when follow-up trials showed no clinical benefit.

Many antiretroviral drugs, used to treat HIV/AIDS, have been introduced in the U.S. after being cleared through the accelerated approval process.

The new research says that many surrogate measures used for accelerated approval decisions are not well established and “have weak empirical association with important outcomes, such as overall survival.” The clinical data used in these fast-track approval studies has “major limitations,” researchers wrote, adding, “Most clinical studies including these agents are small and nonrandomized, and about a third are conducted in unapproved areas, typically concurrently with those conducted in approved areas. Most randomized trials including these therapeutic agents are not designed to directly evaluate their clinical benefits but to incorporate them as standard treatment.”

Researchers found that the clinical data was flawed in studies submitted both for approval and afterward as follow-up. The flaws also were seen in studies used to justify using the drugs to treat additional health conditions.

“While there may be a scientific rationale for testing the efficacy of a new agent outside of its FDA-approved indication, such decisions appear to be driven by commercial objectives,” researchers wrote in Milbank. “Approximately 9 out of 10 approvals for supplemental indications occur during the market exclusivity period. Supplemental indications ultimately account for a substantial share of drug utilization, often surpassing the levels of use within the original indication.”

The study published in JAMA looked at 22 drugs given accelerated approval between 2009 and 2013, finding that studies conducted both prior to approval and following approval had similar limitations, such as lack of blinding, randomization and comparison groups. About half of the required post-approval studies were completed three years after approval and most showed some benefit, but relied on surrogate measures, rather than clinical outcomes.

The 22 drugs were approved for 24 indications, 19 of which involved cancer treatment.

The study published in Milbank looked at 37 drugs that received accelerated approval between 2000 and 2013. About 80 percent of the drugs granted accelerated approval were antiviral or for cancer treatment. Of the studies involving those 37 drugs, only a third were randomized, controlled trials. And most randomized, controlled trials didn’t evaluate the drugs’ clinical benefits. That study concluded that most clinical studies that included these drugs were small and nonrandomized.

Further, the study authors wrote, once drugs receive accelerated approval, manufacturers “may have a reduced sense of urgency to generate meaningful evidence on clinical effectiveness…They may not want to risk unfavorable trial findings or even withdrawal from the market due to demonstrated lack of clinical effectiveness.”

The researchers found that the compromised data has a negative ripple effect on clinical trials for other drugs, as the agents that received accelerated approval are used for comparison and other purposes in those other studies.

“The current research landscape is inefficient and fragmented with thousands of small and nonrandomized studies that provide questionable value,” the researchers concluded. “Accelerated approval on the basis of non-established surrogate measures may be perceived as full regulatory endorsement for new agents, sending a strong signal to patients, physicians, and researchers regarding a novel therapeutic agent’s innovative value, safety, and effectiveness and, in turn, influencing the evolution and nature of scientific evidence on agents.”

Another study, published in May in the New England Journal of Medicine found that private insurers sometimes refuse to pay for costly drugs cleared through the accelerated process, partly on the grounds that they are still experimental. One particular drug given accelerated approval to treat muscular dystrophy was priced at $300,000 per year and more. At least one larger insurer, Anthem, declined to cover it at the time of approval. Other insurers imposed strict conditions for payment.

At the same time, Medicaid is required by law to cover virtually every FDA-approved drug. And Medicare is restricted in denying coverage, although private Part D plans have more flexibility.

Study author Walid F. Gellad said the accelerated-approval program has led to some effective drugs getting to patients, with some notable exceptions. But Gellad said drugs receiving accelerated approval are priced the same as drugs approved other ways, even though there is much less evidence that they will provide clinical benefits.

“Should we be paying the same amount for a drug for which there is no clear evidence of clinical benefit, or should we wait until there is that final evidence before we pay the full amount?” asked Gellad, associate professor of medicine and health policy and co-director of the Center for Pharmaceutical Policy and Prescribing at the University of Pittsburgh.