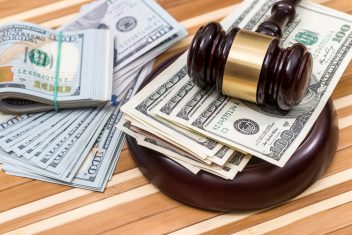 Three people who say the antipsychotic drug Abilify made them gamble compulsively have settled lawsuits against the drug makers for undisclosed amounts.

The three Florida residents’ cases were scheduled to go to trial starting in Pensacola in June as bellwethers in a multidistrict litigation.

The Abilify multidistrict litigation includes 808 cases, as of April 16, according to federal court records. Named as defendants in the cases are Japanese drugmaker Otsuka and Britsol-Myers Squibb, which marketed the drug in the U.S. until 2013.

Multidistrict litigation (MDL) is how federal courts organize large numbers of cases involving similar issues and defendants. The first trials in an MDL are typically designated as bellwethers, intended to help the parties in the remaining cases have an idea of how their lawsuits will resolve.

This is designed to guide the sides in potential settlement negotiations.

Details of the three Abilify settlements were not made public. But they apparently involve a payment by the defendants to the plaintiffs.

According to an April 28 order by chief U.S. District Judge M. Casey Rodgers, within the next 30 days, the defendants must pay “settlement proceeds” to the plaintiffs. After that, the plaintiffs must sign releases, followed by an agreement by the parties to dismiss the cases.

Introduced in 2002, Abilify became a blockbuster drug, generating nearly $8 billion a year by 2013. The following year, it was the top-selling drug in the U.S. Sales fell in 2015 when the first generic versions of the drug were approved.

The drug is prescribed to treat psychiatric conditions including bipolar disorder, schizophrenia and major depression.

Off-label uses include anxiety disorders, dementia and post-traumatic stress disorder. The drug has been linked to severe, compulsive side effects, mainly gambling, sex and shopping.

About a week before the settlement was reached, the plaintiffs sought a court order allowing them to secure documents from Otsuka regarding Rexulti, the drug that was introduced when Abilify’s patent expired.

Plaintiffs argued in court filings that Rexulti had the same mechanism of action. The company didn’t begin to warn that Rexulti could cause compulsive gambling until January of this year. That warning was added to the Abilify label in the U.S. in August 2016.

The cases that settled were filed by Jennifer Lilly, David Viechec and Fanny Lyons.

Lyons’ lawsuit was scheduled to start trial June 18. According to court filings, she began taking Abilify around January 2009 and soon began compulsive gambling. She stopped taking the drug in January 2014 and stopped gambling soon after that. She claims to have lost more than $75,000.

Viechec was scheduled to have his case heard by a jury beginning Aug. 6. According to court filings, he was prescribed Abilify for bipolar symptoms from 2012 until late 2016. He also claimed to have lost more than $75,000 from gambling, which stopped after he stopped taking the drug.

Lilly’s case was scheduled to start trial on Aug. 27. According to her lawsuit, she took Abilify from 2003 to 2016. Her lawsuit claims unspecified gambling and other losses, including the loss of the ability to earn money.