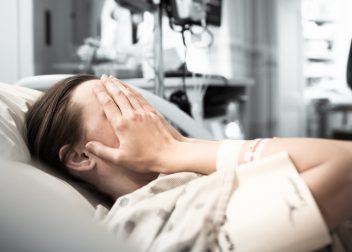 You don’t need to be a physiologist to know that women and men differ. Our bodies look different, produce different hormones and age differently. These differences go down to the cellular level, so it’s not surprising that we respond differently to medications.

Women and men metabolize drugs differently. Some drugs are stored in fat, and women normally have higher body fat percentages than men.

The distribution of a drug through the body is determined, in part, by body weight, and men usually weigh more than women.

Different dosing regimens may be required for women than for men. This was recently made clear in the case of the sleep aid xolpidem (Ambien), which was causing dangerous daytime drowsiness in women.  It is now one of the only drugs with sex-specific dosing.

So, why are women still excluded from drug trials?

Part of the answer lies in sheer laziness. Researchers have “viewed women as confounding and more expensive test subjects because of their fluctuating hormone levels,” according to a 2016 paper in Pharmacy Practice journal.

Although hormone levels can be measured and controlled for — and although oral contraceptives make hormone levels more uniform among women throughout the menstrual cycle — female hormones are still used as an excuse.

It was not mandatory for federally-funded drug trials to report results by sex to the U.S. Food and Drug Administration until 1998, and it is still not mandatory for industry-funded trials, which comprise the majority of drug trials. This is more consistent with sexism than laziness.

Another reason is expense: the fewer variables, the fewer subjects, the cheaper the trial.  This, however, does not fully explain why scientists overwhelmingly choose not to study females. One more variable (point in the reproductive cycle) does not break a study, especially when it’s a critical data point that will influence study findings.

In 1977, the FDA mandated the exclusion of women of childbearing potential from early clinical trials. This rule even included single abstinent women, women using contraceptives and monogamous women with sterile partners, leaving no room for women’s decision-making capacity regarding their own clinical trial participation.

It was flat-out paternalistic, denying women’s agency over their health decisions.  The rule was not overturned until 1993.

Learn more about how the FDA has let women down

Hormone Replacement Therapy: An Example of Medical Mistreatment of Women

Even in trials of drugs and devices intended for use only by women, women’s health needs have been disregarded. Post-menopausal hormone replacement therapy is a classic example of the medical mistreatment of women.

Women were having strokes, getting cancer and dying of heart attacks because these drugs were broadly prescribed by physicians and promoted by pharmaceutical makers. Six million women had taken hormone replacement therapy by the time the evidence of increased blood clots, heart attacks, cancer and stroke came to light.

An early proponent, Dr. Robert Wilson, even wrote a book entitled Feminine Forever, claiming that women would not become “dull and unattractive” in old age if they took hormone replacement. It was only revealed after his death that his book, research foundation and speaking tours were paid for by Wyeth-Ayerst, maker of Premarin, the estrogen that was the fifth most-prescribed drug in the U.S. in 1975.

Contributing to this problem is that physicians are free to prescribe any drug they wish for any problem. No regulations prevent off-label prescribing in the absence of evidence, so if a physician thinks a drug is good, he or she can prescribe it. And if the studies are not done on women, of course there’s no evidence to guide their practice.

The Women’s Health Initiative and other studies finally began examining heart disease in women in the 1990s, ultimately showing that women’s risk factors and symptoms differed from men’s.

Women with diabetes are at greater risk than men of a heart attack, as are women who smoke. A woman who has a heart attack remains more likely to die than a man within a year as well. This is partly due to poorer care for women.

More recently, heart disease researchers have begun investigating heart rhythm differences in women and men. Women are more likely to have a syndrome called QT Prolongation, which can lead to fatal disturbances in heart rhythm.

The federal Office of Women’s Health has funded a number of studies into this phenomenon.  If scientists had not blindly considered heart disease a man’s problem for decades, and simply extrapolated findings in men to women, we would be much further along in understanding why nearly 300,000 women die of heart disease yearly in the U.S.

Heart disease is the No. 1 killer of women (as in men), so it deserves study. There is no explanation for failing to study heart disease in women – aside from misogyny.

THE BOTTOM LINE: The assumption that what is male is normal and thus findings in men can be generalized to women is not merely sexist. It’s scientifically sloppy, and it kills people.  Our health scientists must do better.

Teresa T. Goodell is an award-winning trauma nurse and educator. She has more than 35 years of experience in nursing. She is board certified in wound care and trauma care, and as an adult clinical nurse specialist. Goodell is passionate about advocating for patients and improving patient care. Organizations have…