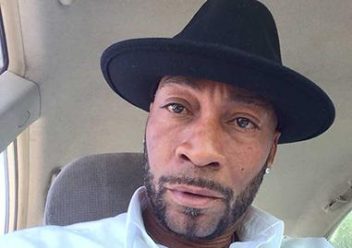 A California jury has awarded a former school groundskeeper $289.2 million in the first of thousands of lawsuits over the weed killer Roundup to go to trial.

Monsanto has pledged to appeal the verdict handed up Aug. 10, 2018, in San Francisco in the case of DeWayne Johnson, 46. Johnson is said to be dying of non-Hodgkin lymphoma.

According to a company filing with the U.S. Securities and Exchange Commission, Monsanto is facing lawsuits from about 5,200 people who claim they were injured by products containing glyphosate, the main ingredient in Roundup weed killer.

This includes 470 pending federal cases that have been consolidated into multidistrict litigation in the Northern District of California.

The judge presiding in the federal cases, Vince Chhabria, ruled in July that the Roundup lawsuits could move forward because the plaintiffs’ experts met the legal requirements to give their opinions to juries. The experts maintain that glyphosate causes non-Hodgkin lymphoma.

Monsanto: Glyphosate Does Not Cause Cancer

Monsanto continues to insist that Roundup is safe.

“More than 800 scientific studies and reviews — and conclusions by the U.S. Environmental Protection Agency, the U.S. National Institutes of Health and regulatory authorities around the world — support the fact that glyphosate does not cause cancer, and did not cause Mr. Johnson’s cancer,” Monsanto Vice President Scott Partridge said in a statement released after the verdict in the Johnson case.

Friday’s verdict consisted of $39.2 million to compensate Johnson for his injuries and $250 million to punish Monsanto for its conduct. Johnson’s attorneys argued in court documents that there was a “plethora of evidence” that Monsanto “acted with reckless disregard for human safety.”

“A unanimous jury in San Francisco has told Monsanto: ‘Enough. You did something wrong and now you have to pay,’” Brent Wisner, Johnson’s lead trial lawyer, told reporters at a news conference following the verdict. “There’s 4,000 other cases filed around the United States and there are countless … other people out there who are suffering from cancer because Monsanto didn’t give them a choice … We now have a way forward.”

Johnson was diagnosed in 2014 with terminal non-Hodgkin lymphoma.

According to Johnson’s lawyers, internal documents from Monsanto showed that a scientific advisor hired by the company told officials there that its testing for Roundup was inadequate because glyphosate was tested without the other chemical ingredients in Roundup.

In other documents, Monsanto employees reacted to California EPA’s listing of glyphosate as a carcinogen by calling Californians “liberals and morons,” according to a news release from the plaintiff’s law firm.

Johnson testified during the trial that he blames Monsanto for covering up the weed killer’s risks in the name of profit.

“I never would’ve sprayed that product on school grounds or around people if I knew it would cause them harm,” Johnson testified. “It’s unethical. It’s wrong. People don’t deserve that.”