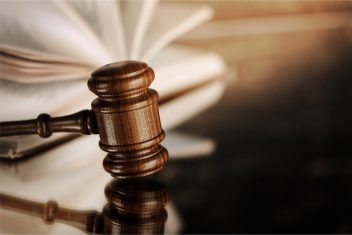 A newly filed class action lawsuit targets companies that distributed or sold valsartan blood pressure medications that were contaminated with NDMA, a chemical believed to cause cancer.

Two New Yorkers filed the lawsuit on behalf of people who bought valsartan that was tainted by NDMA.

NDMA (N-nitrosodimethylamine) is “reasonably anticipated” to cause cancer in humans, according to the U.S. Department of Health and Human Services.

The Environmental Protection Agency classifies NDMA as a probable human carcinogen and says exposure to high levels of NDMA may cause liver damage.

Valsartan products recalled in July and August 2018 contained higher than acceptable NDMA levels. The contamination may have been happening since 2012.

The lawsuit filed in federal court in New York names four companies as defendants. Two distributed the recalled valsartan. The other two are pharmacies that sold it.

The valsartan lawsuit accuses them of negligence, fraud and manufacturing a defective product, among other wrongdoing.

Elizabeth Duffy and John Duffy filed the lawsuit. Both had valsartan prescriptions for high blood pressure. Elizabeth Duffy claims she took contaminated versions of valsartan “for some time.”

How to Join a Valsartan Class Action Lawsuit

The court must first certify the valsartan class action before it moves forward. If that happens, people eligible for it will receive a notification in the mail. People may also join through advertisements posted after the court certifies it.

Suffering from liver damage after Valsartan use? Get a Free Case Review

To join the class action lawsuit, people must have had the same experience with the companies as outlined in the complaint. People also must have suffered the same injuries as the Duffys.

The lawsuit claims injuries that include the purchase price of the contaminated valsartan. It also mentions non-specific injuries from ingesting NDMA. The lawsuit does not claim either person developed cancer.

Class actions tend to cover only minor injuries. These are usually injuries that would not make an individual lawsuit worthwhile.

The valsartan class action seeks the full purchase price of the drugs. It also asks for any other payments the law might allow against the four companies named. It does not seek damages that would cover costs associated with cancer.

Most of those companies used the same China-based manufacturer to supply valsartan. Zhejiang Huahai Pharmaceuticals blamed changes to its manufacturing process for the contamination. Those changes took place in 2012.

One company used Hetero Labs Limited in India as its manufacturer.

The FDA continues to track valsartan production. It is testing samples from other valsartan manufacturers for NDMA beyond acceptable levels. The agency also continues to post updates about the recall.