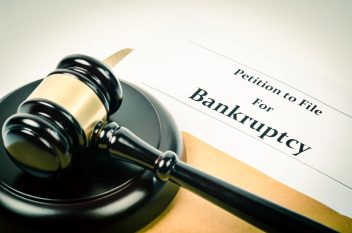 Johnson & Johnson’s leading talc supplier has filed for bankruptcy following billions of dollars in lawsuit verdicts over tainted talc. And Johnson & Johnson has revealed it’s been subpoenaed by federal regulators amid reports it knew about asbestos in its talc for decades but hid the fact from the government and consumers.

Juries have returned eight verdicts totaling nearly $5.6 billion in damages against Johnson & Johnson.  That includes a single $4.69 billion Missouri court award to 22 women in July 2018. Both Johnson & Johnson and Imerys were originally named in that case. But Imerys reached an undisclosed settlement before the case went to trial. Johnson & Johnson is appealing the verdict.

Both companies deny their products contain asbestos and insist they are completely safe. But news reports by Reuters in December 2018 detailed how Johnson & Johnson documents showed the company had been aware since at least 1972 that some of its talc products had tested positive for asbestos.

Asbestos and talc are sometimes found near each other in the ground. While untainted talc has long been considered safe, asbestos is the leading cause of mesothelioma, an aggressive and deadly cancer. And medical experts believe talc laced with asbestos can also cause ovarian cancer.

Imerys Talc America and two of its North American subsidiaries, Imerys Talc Vermont and Imerys Talc Canada, filed for Chapter 11 bankruptcy protection on Feb. 13, 2019. Filing for Chapter 11 allows a company to reorganize its finances and can give debtors a fresh start.

Imerys is a French multinational mining company and is a major supplier of talc used in Johnson & Johnson products including Shower to Shower and Johnson’s Baby Powder. It employs more than 18,000 people at 270 sites in 50 countries. It reported more than $5.2 billion in revenue for 2017.

“[I]t is simply not in the best interests of our stakeholders to litigate these claims in perpetuity and incur millions of dollars in projected legal costs to defend these cases.”

In announcing its bankruptcy filing, the company cited mounting legal bills and past verdicts along with the possibility it could face more defense costs and losses in court over the next several years. The company also defended the safety of talc it supplies to customers and said the losses so far were unmerited.

“[I]t is simply not in the best interests of our stakeholders to litigate these claims in perpetuity and incur millions of dollars in projected legal costs to defend these cases,” the company said in a statement.

In a Feb. 20, 2019 securities filing, Johnson & Johnson announced it had received subpoenas to produce documents related to reports of asbestos-tainted talc. The company reported it had received the subpoenas and preliminary inquiries from the U.S. Securities and Exchange Commission, The U.S. Department of Justice and U.S. Sen. Patty Murray, a Democrat from Washington and the ranking member of the Senate Health, Education, Labor and Pensions Committee.

“The Company is cooperating with these government inquiries and will be producing documents in response,” Johnson & Johnson wrote in the filing.

The subpoenas followed reports in late 2018 that Johnson & Johnson knew for decades that its talc products may contain asbestos but hid the information from the public.

On Dec. 14, 2018, both Reuters and The New York Times reported on thousands of court and government records each had acquired through Freedom of Information Act requests. The records included a treasure trove of internal Johnson & Johnson documents.

The Reuters report found Johnson & Johnson had failed to tell the U.S. Food and Drug Administration about three tests between 1972 and 1975 that had each shown the company’s talc contained asbestos. One of the tests reported the level was “rather high.”

The Reuters report also found test results as far back as 1957 that had warned of a type of asbestos in talc from an Italian supplier. Yet records from 1976 show the company told the FDA that it had never detected asbestos in any sample of its talc. This happened as the FDA was looking into limiting asbestos in cosmetics.

The Times investigation cited internal Johnson & Johnson memos dating back to 1971 that had urged the company to “upgrade” quality control of its talc products. Another memo warned that company powder sometimes contained what “might be classified as asbestos fiber.” Other company documents also detailed company efforts to pressure the FDA to block critical findings on asbestos in talc.

What’s Next for Johnson & Johnson and Imerys?

Johnson & Johnson faces nearly three times as many court dates for talc lawsuits in 2019 than it did in 2018. Several of the trials involve multiple plaintiffs. And four of the lawsuits will be in the same St. Louis courtroom where the company lost the $4.69 million verdict in 2018.

Holly Froum, a Bloomberg Intelligence litigation analyst, has estimated it could cost Johnson & Johnson as much as $20 billion dollars to settle the existing cases. She calculates that would total more than $1.67 million per lawsuit. And University of Georgia law professor Elizabeth Burch warns if Johnson & Johnson loses more cases it may prompt more people to file suit, sending costs higher.

By declaring bankruptcy, Imerys can consolidate all of the lawsuits against it into a single forum. This could make it easier for the company to manage the cases against it and may lead to some type of settlement with the people who have filed suit.

Other companies haunted by asbestos in their products have taken this route, setting up trust funds that handle payouts to people who file claims over mesothelioma years after exposure. Airbag maker Takata created a similar trust fund to deal with lawsuits over millions of recalled airbags. Companies fund the trusts through stocks or other investment tools and settlements are paid out over a long period of time as claims are handled.

Johnson & Johnson has remained insistent that its talc is safe and the company is not at fault for cancer cases. Of the 15 cases since 2016, it had only won four at trial. Three more resulted in hung juries. But more than half the verdicts favored women who claimed the company’s talc caused their cancer. But Johnson & Johnson has appealed every verdict against it.

The company has faced billions of dollars in verdicts over its other products notably metal-on-metal hips and transvaginal mesh. In December 2018, Johnson & Johnson’s DePuy Orthopedics subsidiary entered talks to settle about 3,300 of the nearly 10,000 lawsuits it faces over Pinnacle metal-on-metal hips. The judge in the litigation said the company was talking with about 10 attorneys who each represented people in dozens of lawsuits. The strategy is similar to the one Johnson & Johnson used to settle transvaginal mesh lawsuits, but it’s not clear if the company may attempt the same thing with talc.