What’s Next After Juul? IQOS and Other Heat-Not-Burn Devices 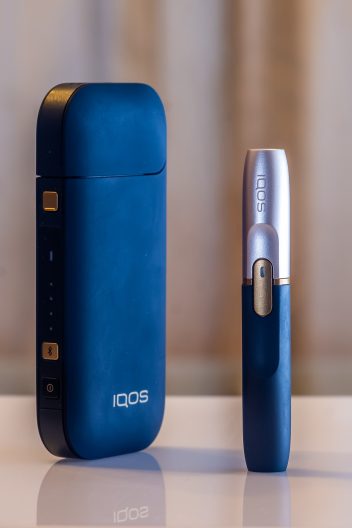 The smoke from the youth vaping epidemic hasn’t cleared yet, and tobacco companies are rolling out what may be the next big thing in nicotine delivery.

Instead of using an e-liquid like Juul or other e-cigarettes, new heat-not-burn devices, or HNB, such as Philip Morris’ IQOS heating systems smolder tobacco leaf at high temperatures and use vaping-type chemicals to turn nicotine into a vapor that users inhale.

Tobacco researchers and anti-smoking advocates worry that this new generation of tobacco products may pose additional health threats to a generation of teens who have never used tobacco.

“Philip Morris claims its IQOS device is neither smoke nor vapor. Oh, that must mean it’s really healthy! But in fact, it’s both smoke and vapor,” Dr. Robert Jackler told Drugwatch.

Jackler is chair of the Department of Otolaryngology-Head & Neck Surgery at the Stanford University School of Medicine. He is also a co-founder of Stanford Research into the Impact of Tobacco Advertising and has published several research articles on tobacco marketing.

Researchers and health advocates warn that heat-not-burn devices may pose a new threat to teens and young adults in a way that mirrors the teen vaping epidemic. A rise in teen vaping coincided with e-cigarette Juul’s explosive rise in sales. Critics point to similarities in marketing and design between Juul and IQOS.

“IQOS did everything Juul did and more,” Jackler said. “America’s sleeping when it comes to heat-not-burn, that’s the next wave.”

The sharp rise in teen vaping also coincided with reports of lung and nervous system injuries, addiction and hundreds of Juul lawsuits. 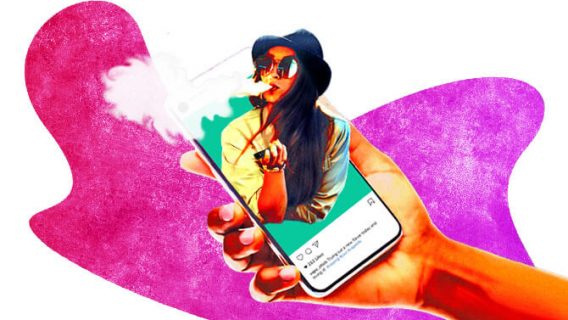 The agency determined that it delivered some substances in tobacco at lower levels than conventional cigarettes. But critics point to data showing the device delivers other substances at higher levels.

“I think the FDA should never have approved it. Based on Philip Morris’ own data, it’s as dangerous as a cigarette,” Stanton Glantz, director of the University of California San Francisco Center for Tobacco Control Research and Education, told Drugwatch.

The FDA approved IQOS because it delivers lower levels than cigarettes of some substances, but it delivers higher levels of other substances, according to Glantz. Clinical data on several biomarkers such as heart rate, blood pressure and breathing, gathered during testing showed that “IQOS is not detectably different from a conventional cigarette,” according to Glantz.

“I don’t see how the FDA approved it. If it’s indistinguishable from a cigarette in terms of health effects, what do you gain by letting it on the market?” Glantz said.

Researchers are not convinced the FDA knew enough about potential health risks before approving IQOS. The medical community is still learning about Juul and other e-cigarette side effects years after those devices hit the market.

Injured by complications from E-cigarette use? Get a Free Case Review

HNB devices have not received as much critical attention as Juul and other e-cigarettes. But IQOS marketing came under fire for its use of social media and influencers, a strategy Juul perfected as it cornered the U.S. vaping market. Philip Morris suspended its social media campaign after critics drew comparisons between the two.

Juul came under fire for youth-oriented advertising after it launched. Regulators and health advocates have accused the company of playing a leading role in the youth-vaping epidemic. Heat-not-burn devices are not yet a huge youth brand in contrast to Juul, according to Jackler. But he sees the devices as another way to introduce young people to nicotine and tobacco.

IQOS was only available in two test markets in the early part of 2020 – Atlanta and Richmond. But it was expected to be rolled out nationwide later in the year.

Heat-Not-Burn May Not Be Safer than Smoking

“Some will quit. Most won’t, and for them IQOS offers a smoke-free alternative to continued smoking,” Calantzopoulos told the New York Times in 2019.

Glantz has argued that e-cigs, IQOS and other new devices should be compared to quitting tobacco, not to smoking it. Others have called the comparison of IQOS to cigarettes simply “a red-herring” meant to distract potential users from the possible dangers of the new devices.

“IQOS is another way to profit off peoples’ addiction.”

“There is nothing as dangerous as tobacco cigarettes; they are the most dangerous consumer product in the history of the world,” Chris Bostic, deputy director for policy at Action on Smoking and Health told Drugwatch.

“IQOS is another way to profit off peoples’ addiction,” Sward told Drugwatch.