Zoloft (sertraline chloride) is a selective serotonin reuptake inhibitor (SSRI) used to treat a variety of psychiatric disorders, including depression, PTSD, OCD, social anxiety disorder and panic attacks. Zoloft works by balancing the levels of serotonin, a hormone that controls mood, in the brain.

Zoloft (sertraline chloride) is an antidepressant developed and manufactured by Pfizer. The U.S. Food and Drug Administration approved it for sale in the U.S. in 1990. Pfizer originally sold Zoloft in the U.K. under the brand name Lustral, and it took nine years for Americans to gain access to it.

By 2005, Zoloft was the most popularly prescribed antidepressant on the U.S. market, with nearly 30 million prescriptions. In that same year, it was the sixth most prescribed brand-name prescription medication, grossing nearly $ 3.3 billion.

Pfizer lost the Zoloft patent in 2006, but announced that it would manufacture a generic version through its Greenstone division. The drug giant’s authorized generic made $2.6 billion in 2006. Even without patent, doctors wrote 41.5 million prescriptions for Zoloft by 2013.

As of 2022, other manufacturers of generic sertraline include Roxane, Roerig, Teva Pharmaceuticals, Barr Laboratories, Mylan Laboratories and Dr. Reddy’s Labs.

How Does Zoloft Work?

SSRIs control depression and other mental illnesses and have been around since the early 1980s. Today, they are the most prescribed class of antidepressant medication on the U.S. market. They are popular mainly due to the fact that they have fewer side effects than other types of antidepressants. SSRIs work by controlling the brain’s level of serotonin, which is a neurotransmitter thought to affect mood, sleep and learning.

Diagnosis of MDD comes after some or all of the following symptoms occur for more than two weeks:

MDD affects nearly 7 percent of the U.S. adult population – if untreated, the lifetime risk of suicide is 20 percent

Zoloft also has several off-label uses — uses not approved by the FDA. Because Zoloft works by altering brain chemistry, some doctors may prescribe it to patients with a variety of issues. But, there is no extensive clinical trial data for off-label uses, and the FDA has not reviewed Zoloft for safety or effectiveness for these indications. There are also no official dosages for these uses.

Some off-label uses include:

Zoloft and its generic forms come in both tablet and oral concentrate form. Typical dosage for treating depression is 50 mg once a day. But, the dose varies for other indications. Zoloft has a 24-hour elimination half-life, so changes in dose should not occur in intervals less than one week. As with many psychiatric medications, a patient may develop a tolerance to Zoloft. Doctors may increase the dose in order for the drug to keep working.

Disorders and their recommended dosages:

Panic Disorder, Posttraumatic Stress Disorder and Social Anxiety Disorder:
Initial dose of 25 mg once daily, increased to 50 mg after one week. Patients not responding to 50 mg may increase the dose up to 200 mg. Patients with Panic Disorder, PTSD or Social Anxiety Disorder generally need several months or longer of sustained medication, but there is no proven dosage data for lifetime maintenance treatment with Zoloft.
Premenstrual Dysphoric Disorder
Initial dose of 50 mg per day during the menstrual cycle or during the luteal phase — just before the beginning of the period. The dose for PMDD varies from 50 to 150 mg per day. Doctors may increase the dose during each menstrual cycle. Clinical trials did not test the effectiveness of Zoloft for more than three menstrual cycles.
Adult Obsessive-Compulsive Disorder:
50 mg once daily. In trials, patients took 50 to 200 mg a day. There is no trial data for efficacy past 52 weeks.
Pediatric Obsessive-Compulsive Disorder:
Children ages 6 to 12 should start with 25 mg once daily and 50 mg in children ages 13 to 17. In clinical trials, patients used doses of 25 mg to 200 mg daily. 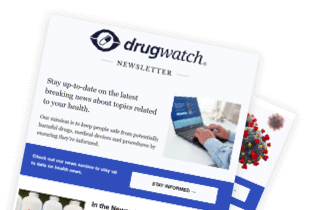 Common Side Effects of Zoloft

Most patients tolerate Zoloft well, but it still has side effects that vary in severity. Common side effects of Zoloft are milder than first-generation antidepressants.

Minor side effects of zoloft that typically decrease after the first or second week of use include:

Some users experience sexual side effects, including problems with orgasm and ejaculatory delay and impotence. These do not typically decrease with use.

Zoloft causes some younger users of the drug to report being suicidal. The FDA requires Zoloft and all antidepressants to carry a black box warning about the danger of suicide during the initial stages of treatment, especially in children. Clinical studies have shown that a small number of younger users of antidepressants, including sertraline, become suicidal.

People who stop taking SSRIs may suffer from what doctors call discontinuation syndrome. The symptoms may be most intense the first week and slowly taper off. But, some people may have a longer withdrawal period.

According to Harvard physician Dr. Joseph Glenmullen, author of The Antidepressant Solution, about 60 percent of people who took Zoloft experience withdrawal reactions. Many patients who wish to stop medication often continue to take it or increase their dose because doctors mistake withdrawal symptoms for a depressive relapse, Glenmullen said. The severity of symptoms may be dependent on dose and duration.

Symptoms of discontinuation syndrome include:


Zoloft Side Effects in Clinical Trials

Researchers noted more serious side effects during premarket Zoloft clinical trials of over 4,000 patients. These side effects were more rare, but worth noting in studies. According to researchers, while these events occurred while receiving Zoloft, there is no definite proof that Zoloft caused these adverse events.

Reported Side Effects Include

One of the most recent side effects linked to the use of Zoloft and other SSRIs during pregnancy is autism spectrum disorder, also referred to as ASD. ASD is a developmental disorder that impairs a person’s ability to communicate and interact.

“Our study has established that taking antidepressants during the second or third trimester of pregnancy almost doubles the risk that the child will be diagnosed with autism by age 7, especially if the mother takes selective serotonin reuptake inhibitors, often known by its acronym SSRIs.”

A 2015 study published in JAMA Pediatrics showed that Zoloft and other SSRIs were associated with a 200 percent increased risk of having a child born with autism while antidepressants in general had an 87 percent overall increased risk.

A Johns Hopkins study from April 2014 published in Pediatrics, showed boys born to mothers who used SSRIs during pregnancy were three times more likely to be autistic.

Women who are pregnant or considering becoming pregnant should consult their doctors prior to taking Zoloft or continuing treatment. Studies show Zoloft may cause serious birth defects when taken during pregnancy, as well as withdrawal symptoms in the baby following birth.

Women who take Zoloft during the third trimester of pregnancy gave birth to babies who required prolonged hospitalization, respiratory support and tube feeding, according to premarketing studies.

While the FDA no longer uses pregnancy categories to determine a drug’s safety during pregnancy, it previously categorized Zoloft a category C drug. This means that animal studies have shown some harm to the fetus, but there have been no adequate studies in humans.

Research shows, however, that babies born to mothers who have taken Zoloft or another SSRI after the 20th week of pregnancy are more likely to suffer from persistent pulmonary hypertension of the newborn (PPHN), which is fatal in 10 percent of cases. In addition, one study showed that women taking sertraline had twice the risk of having a baby born with a heart defect.

Using SSRIs while pregnant — or even up to a month before conception — can lead to a fatal birth defect called anencephaly, in which a large portion of the brain and skull never develops. In addition, babies are more likely to suffer from facial malformations such as cleft lip and cleft palate if a mother took an SSRI during pregnancy. Taking an antidepressant while pregnant can also put babies at risk for withdrawal symptoms. The side effects can be serious, but the risk of a birth defect occurring is relatively low.

A handful of Zoloft lawsuits blamed the drug for birth defects. Most were withdrawn or dismissed.

Patients with kidney disease or liver disease, or who suffer from seizures, mania or suicidal thoughts, should speak to their doctor before using Zoloft. Patients who are allergic to ingredients in Zoloft should not take it. In addition, Zoloft can cause interactions with other drugs or supplements.

Zoloft interactions with other drugs

Doctors typically will decrease the dosage of an SSRI before stopping treatment altogether. Otherwise, withdrawal symptoms can occur, including irritability, nausea, dizziness, vomiting, nightmares and headache.

Serotonin syndrome is a serious condition that can be recognized by the following symptoms:


Zoloft Facts
Please seek the advice of a medical professional before making health care decisions.
Share This Page:
Related Pages
TELL US WHAT YOU THINK