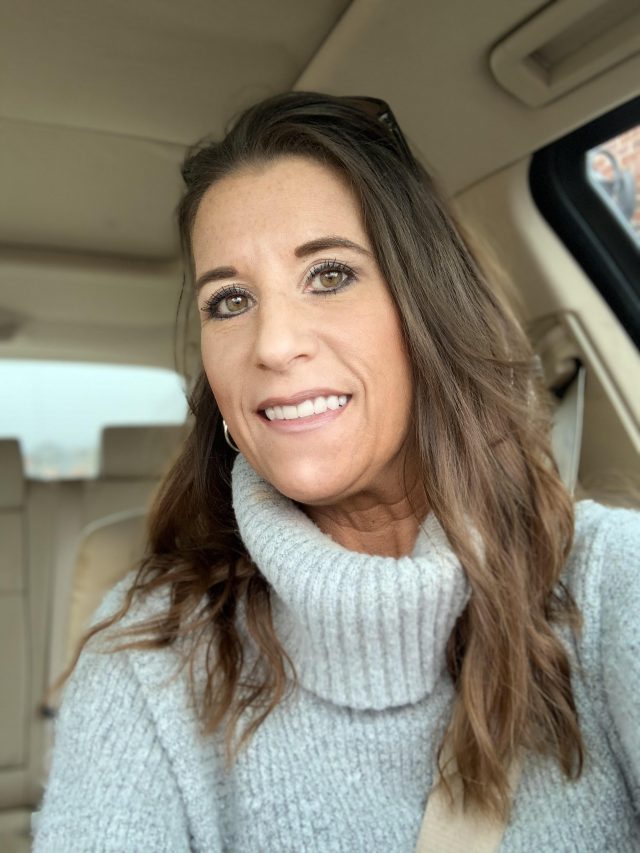 Texas wife and mother Jamee Cook was 23 years old when her body started falling apart. The former paramedic never imagined her breast implants would cause her years of suffering.

What started out as extreme fatigue quickly spiraled into autoimmune disorders, chronic migraines, sinus infections, nodules all over her body, constant fevers and numbness in her hands and arms. She lost her job, and her poor health strained her marriage and family life.

“I was a very active mother, and the sickness I felt from the implants made it difficult to care for my children,” Cook told Drugwatch. “When you get to that point of helplessness and you are sick all the time and people don’t understand — I can see why the incidents of suicide ideation in [breast implant sufferers] are high. I can understand it.”

“When you get to that point of helplessness and you are sick all the time — I can see why the incidents of suicide ideation in [breast implant sufferers] are high.”

Now, as the co-founder of the Breast Implant Victim Advocacy group, she and other survivors are on a mission to educate others about the risks of breast implants and fight for safer medical devices. Their efforts have led to inquiries from the U.S. Food and Drug Administration and warnings for a rare cancer known as breast implant-associated anaplastic large cell lymphoma (BIA-ALCL).

In response to the group’s petition, the FDA has agreed to hold a two-day meeting of the General and Plastic Surgery Devices Panel of the Medical Devices Advisory Committee beginning on March 25, 2019. The committee will discuss and make recommendations to the FDA regarding the risks and benefits of breast implants.

“Being in the medical community for 12 years, I would never have thought that these devices could cause these problems,” Cook said. “But I am definitely a believer now. I am speaking for these women that can’t speak and fighting for the women younger than me who I don’t want this to happen to.”

“I just kept thinking that it was my job. I worked in an ER, I did some ICU work and by the end of all of my shifts I was having a low-grade fever and swollen lymph nodes. I was just worn out,” she recalled.

Then, it got worse.

“By the time that I explanted, I seriously thought these implants were killing me.”

No matter the treatment, her body just didn’t seem to recover.

Fed up with being sick, Cook took matters into her own hands and began researching medical journals and scientific publications in 2012. She found evidence pointing to her implants, but it wasn’t until 2015 that she could raise the money for the explant, or removal, surgery.

“By the time that I explanted, I seriously thought these implants were killing me,” she said. “I was very, very sick. And as soon as they were out, the majority of my symptoms disappeared.”

She also found out that Poly Implant Prothèse, or PIP, the company that made her implants, had been selling them since 1996 without proof that they were safe. In fact, the FDA rejected them in 2000, according to Reuters.

Like other women, Cook thought about getting implants to feel better about her body. As an advocate for women who suffer complications after breast implant surgery, she has gotten a lot of backlash on social media. Some people have told her, “You deserve it.”

“I have to own the fact that I made a cosmetic decision,” she said. “I chose an elective procedure. This was a bad mistake on my part, but I didn’t have any idea that these were potential risks.”

She points out that while she elected the cosmetic surgery, many women affected by implant sickness chose breast implants for reconstructive surgery after mastectomies.

It all comes down to proper informed consent, Cook said. Doctors and manufacturers should properly inform women of the risks before they receive implants, especially when it comes to the risk of lymphoma.

Allergan, a manufacturer of breast implants, announced it was offering a $7,500 warranty toward the cost of removal for women who develop the cancer, The Philadelphia Inquirer reported in 2018.

“Allergan has come out and put a warranty on their product basically saying, ‘Hey our product can give you cancer, but if it does, here’s $7,500 for your trouble. It is quite appalling,’” Cook said.

Recall Information
In July 2019, Allergan recalled certain textured breast implant products after the FDA had linked them to cancer. Learn more about the recalls.
View Recalls

Because the FDA classified breast implants as Class III, high-risk devices, they go through the premarket approval process. Like other Class III devices, preemption protects their manufacturers from litigation. This means injured women cannot sue manufacturers.

Breast Implant Victim Advocacy, or BIVA, is working with other support groups including Essure Problems and Medical Device Problems to try and change preemption laws that affect 157 devices, Cook said.

“I may never win my case, but I should have that right to have my day in court and to go before a jury of my peers and let them make that decision. Right now, we can’t do that,” she said.

She and other BIVA members are grateful for the opportunity to work with the FDA. Ultimately, the group is fighting for better informed consent and for the FDA to pull textured implants, which are the ones linked to a cancer risk, off the market.

“Just the fact that we are getting a meeting is going to start raising questions,” Cook said. “We are moving in the right direction. It has been a long time coming. I mean, we are four decades into this same scenario, but hopefully, we’ll get there.”