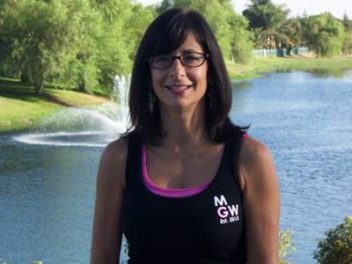 A California jury has ruled against a manufacturer of transvaginal mesh in the first such lawsuit filed in a U.S. state court.

The jury found C.R Bard and a doctor responsible for the irreversible injuries suffered by patient Christine Scott and awarded her $5 million. Her husband received $500,000 because the damage to his wife’s body left them unable to have sexual intercourse.

“Thank you, God. We can finally get the word out to women,” Scott, 53, said to KGET-TV 17 in Bakersfield, Calif., after the verdict was read.

Transvaginal mesh devices have been in the news because hundreds of lawsuits have been filed in state and federal courts against manufacturers after women reported devastating complications. The implants primarily are used to treat pelvic organ prolapse (POP) and stress urinary incontinence (SUI). The U.S. Food and Drug Administration (FDA) has issued several formal public safety alerts to let women know that side effects of the devices are not rare and that traditional surgical repairs are believed to be safer than mesh.

In 2009, Scott sued Bard over its Avaulta Plus transvaginal mesh device, which she had implanted twice to correct off-and-on urinary incontinence. After eight more procedures and nine revision surgeries, doctors concluded the two devices could not be removed safely. The result is a lifetime of pain that also has interfered with Scott’s lifestyle as a runner.

Despite numerous legal complaints and reports to the FDA, Bard continued to sell its Avaulta line — including the Avaulta Biosynthetic, Avaulta Plus and Avaulta Solo devices — globally. At the beginning of July 2012, the company pulled its transvaginal mesh devices from shelves in the United States when the FDA asked for more clinical trials to determine their safety. Avaulta transvaginal mesh devices continue to be sold in other countries.

“They tested this on 16 rats, 12 rabbits, four sheep and, by their own researcher’s admission, the next living being this product went into was women,” said Elaine Houghton, Scott’s attorney, on KGET.com.

One of the attorneys for C.R. Bard said the company will appeal the jury’s decision, which held Bard 60 percent responsible for Scott’s injuries. “Throughout the case we clearly have empathized with Mrs. Scott’s injuries,” Michael Brown told The Bakersfield Californian. “We just don’t feel that they were the result of the Avaulta Plus product or the conduct of our company.”

Still, this case is seen as a landmark settlement by legal professionals and is likely to set a precedent for upcoming cases. There are so many federal lawsuits filed against transvaginal mesh manufacturers that five multidistrict litigations (MDLs) have been formed to streamline the process, and a sixth MDL is being considered. C.R. Bard is a defendant in one of the MDLs.