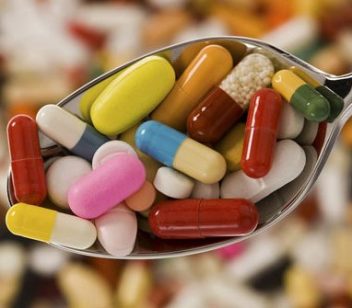 It’s been a little over a month since I began my health care odyssey and crusade to stay off pharmaceuticals.

While I’m not a doctor, I know enough to be wary of drugs that are far too commonly prescribed. Because I do a lot of research, my tendency is to question everything, and it makes me an advocate for people to do the same.

When my mom was recently told to take Lipitor, I told her it increased her chances for developing type 2 diabetes. If she developed that disease, she might have to be on another dangerous type 2 diabetes medication like Januvia or Byetta, which could increase her risk of pancreatitis or pancreatic cancer.

Or she might be one of the people who takes Actos and later develops bladder cancer.

Of course, all this knowledge sometimes leads me down the slippery slope of self-treatment. In my case, it led to somewhat disastrous consequences.

I first went to see my doctor in October, and the diagnosis came back as a slight thickening of the heart and high blood pressure. The first thing she recommended was a blood pressure medication called losartan, which is sold under the brand name Cozaar.

Instantly, I questioned it.

After deciding that it seemed to have a fairly safe profile, I reluctantly agreed to try out the medication at an average dose of about 50mg.

However, it didn’t lower my blood pressure at all.

If at First You Don’t Succeed, Double the Dose

This medication should have lowered my blood pressure immediately, according to my doctor. Since it didn’t, she had another solution: Immediately double the dose.

Horrified at the idea, I asked, “What about diet?”

My diet had never been that stellar, especially where too much salt was concerned. I had been consuming too much fast food and ate out frequently at work. My weight isn’t ideal either.

I knew that blood pressure numbers were complex things, and could be affected by any number of substances in the body, including minerals, vitamins and hormones.

The look on my doctor’s face revealed that she was pretty dismissive of the idea.

Of course, my doctor is trained to dispense conventional treatments for any illness, and in the U.S. that usually means medication. And when side effects crop up from these meds, they prescribe meds for those.

The world largely agrees with this practice.

An article in the Los Angeles Times reported that global drug spending is likely to top a whopping $1 trillion in 2014. More than two-thirds of that money is spent in eight countries: Germany, France, Italy, Spain, Japan, Britain, China and, of course, the U.S.

However, overdependence on medications has its own problems. For instance, the overuse of antibiotics has created strains of super bacteria like MRSA resistant to conventional treatments.

Researchers at the U.S. Department of Health & Human Services estimated the cost of treating patients who suffered from adverse drug events (ADEs) in the U.S. is about $5.6 billion per hospital annually, and 770,000 injuries and deaths each year are attributed to ADEs.

After I found out that my blood would need to be monitored for the rest of my life to check for kidney damage resulting from the medication, I cancelled all my appointments and didn’t pick up my prescription.

I told my doctor I was going to seek another opinion and see a nutritionist.

It was almost like I had something to prove.

I would prove to my doctor that I could do it all without those pills. I had a good plan. However, I thought I knew it all, and decided to go vegan.

Many of us have heard of the benefits of fruits and vegetables in treating so-called lifestyle diseases like high blood pressure, type 2 diabetes and high cholesterol. After watching a movie called “Forks Over Knives” that extolled the benefits of a diet with no animal proteins or oils, I was ready to go.

It turned out to be a very bad idea. Unlike certain types of stretchy clothing, when it comes to diet, one size does not fit all.

At first, I felt pretty good. I lost a couple pounds, and my blood pressure seemed to go down. But then, I started to feel pretty awful, and my progress stalled.

Naturally, I didn’t think it was my diet. After all, fruits and vegetables are the healthiest thing on the planet, right?

I decided to do what I had originally planned before I began living on green juice, quinoa and piles of salad. I visited a nutritionist named Dr. Samadhi Artemisa.

It turned out to be the best thing I ever did.

I learned that my genetic predisposition towards anemia made it entirely unhealthy to become a vegan or vegetarian. She also told me about foods that would help control my blood pressure. Salt was an absolute no-no. As a vegan, I still ate out, and didn’t account for the copious sodium in foods at most restaurants.

The most surprising recommendation was six stalks of celery a day. The minerals in the celery would help balance out the levels in my body, according to my nutritionist.

The thought of ingesting six celery sticks was unappetizing. So I got a juicer and drank my six stalks. Along with the celery recommendation, I was given liquid hawthorn, and instructions to take Epsom salt baths. I also see a counselor to control my responses to stress that can affect my heart and blood pressure.

The moral of this story is that none of us should go it alone. No matter what you decide, make sure you have a professional guiding you in your goals.

I’m not ready to see my doctor yet, but when I do, I hope to show her that medication isn’t the answer to everything.