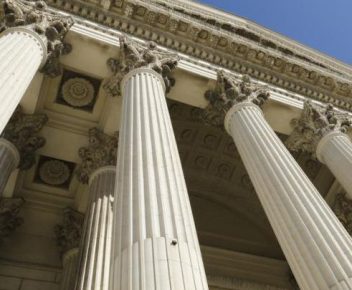 A Texas jury recently ordered that Johnson & Johnson must pay $1.2 million to a former nurse who was injured by one of the manufacturer’s mesh slings used to treat incontinence.

Transvaginal mesh implants are typically made of porous, synthetic polyethylene plastic. Manufacturers of hernia mesh found a new market for the product for use in repairing pelvic floor disorders, but the products were not sufficiently tested in humans before implanting them in women. The U.S. Food and Drug Administration (FDA) ordered mesh manufacturers to conduct additional safety studies in January 2012 because of growing concern over these products.

Jurors in the state court last week in Dallas ruled in favor of 64-year-old Batiste and concluded the device manufactured by the company’s Ethicon unit was defective, Bloomberg reported.

Attorneys in the federal cases believe this is the first of many more verdicts against J&J. “This verdict represents the first time an impartial jury had the opportunity to decide whether Ethicon’s sling products are defective, and they found exactly that,” Bryan Aylstock, a plaintiffs’ lawyer helping to oversee federal cases, told Bloomberg.

This is the first verdict against J&J for its vaginal mesh sling products, and the company plans to appeal.

“The jury’s verdict on design defect is disappointing, and we believe we have strong grounds for appeal,” Ethicon spokesman Matthew Johnson told Bloomberg.

Other transvaginal mesh manufacturers also face mounting legal battles as women continue filing lawsuits because of a long list of complications they suffered after the devices were implanted in their bodies. Plaintiffs suffered problems including erosion, inability to have intercourse, organ perforation and scarring.

The lawsuits state the products are defective and manufacturers failed to warn patients about the risks of complications.

Mesh manufacturers already paid millions to settle a number of claims. Coloplast was the most recent to pay out compensation to women implanted with mesh. The Danish company settled a number of cases for $16 million.

The nonprofit group Corporate Action Network is urging the U.S. Justice Department to investigate whether J&J deliberately destroyed documents that could be used as evidence in transvaginal mesh trials.

In February, U.S. District Judge Cheryl Eifert ruled that J&J destroyed thousands of documents, but did not say that it was done intentionally.

Plaintiffs’ attorneys filed documents in court stating: “Ethicon’s document destruction has severely prejudiced the plaintiffs for the upcoming bellwether trials. Defendants should not benefit from the gaps in plaintiffs’ story that defendant created.”