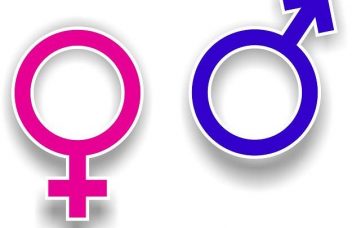 In 1966, Dr. Robert A. Wilson, a gynecologist, decided menopause was no longer a normal stage of life.

“No woman can be sure of escaping the horror of this living decay,” he wrote in the popular book “Feminine Forever.” “There is no need for either valor or pretense. The need is for hormones.”

Decades later, it was decided that men, too, should reject the natural decline in hormones.

“Feeling like a shadow of your former self?” an online video asks. “Don’t have the hops for hoops with your buddies? You might have a treatable condition called low testosterone or Low T.”

Complications from testosterone therapy? Get a Free Case Review

Millions of men are all too happy to take a drink from this latest iteration of the Fountain of Youth.

Millions of women, meanwhile, are sending a warning: Be careful what you drink.

For women, that’s typically when menopause kicks in, the change in life when their menstrual cycle ceases and they experience a sudden drop in hormone levels. Symptoms like hot flashes, anxiety, irritability and vaginal dryness are common.

It is also around the age of 50 that men encounter a condition called andropause. Testosterone levels decline, energy levels may drop, rapid mood swings occur, and there can be a declining interest in sex.

For most of human history, these hormone changes were seen as a natural part of aging. Medical advances in the mid-20th century allowed doctors to prescribe hormones, however, and that changed everything.

Estrogen sales were steady, but unspectacular until drug companies turned to their marketing departments. The marketers started promoting estrogen as a long-term way to deal with aging, including preventing or correcting weight gain, preventing bone loss, and making a woman feel younger and stronger.

The major media of the day picked up on the claims and ran with them. The 1960s books “Feminine Forever” and “Everything You Always Wanted To Know About Sex” called hormone replacement a cure-all for menopause and the way to maintain youth and femininity. Doctors’ offices were filled with magazine articles and paid advertising touting the positives of the products.

Sales of Wyeth’s hormone drugs peaked at about $2 billion in 2001.

On the male side, the story was much the same. Testosterone was approved by the FDA in 1954, but sales were barely noticeable for more than 40 years.

When the marketing departments at drug companies set their sights on men, it wasn’t a hard sell.

The symptoms they targeted were fatigue, muscle loss, weight gain, mood swings and loss of libido. For thousands of years, the term for that was “getting old,” but the marketers had a much cuter name.

They called it “Low T,” and a new industry was born. They created testosterone gels, pills, patches and injections, and pushed their products through Low T clinics. Online quizzes and a flurry of TV commercials suggested that a low libido or a lack of energy meant it was time for testosterone therapy.

Sales of testosterone replacement therapy (TRT) products skyrocketed from a barely visible $324 million in 2002 to more than $2 billion in 2012. Analysts expect sales to jump to more than $5 billion by 2017.

It took decades for estrogen’s side effects to become widely known. It was linked to endometrial cancer and breast cancer in the mid-1970s, and sales plummeted, but not for long. By the early 1980s, studies showed that estrogen helped prevent bone loss and sales soared again, only to be undone by a different study that said estrogen users had 50 percent more heart disease than non-users.

Another study in the 1990s claimed an even stronger link to breast cancer. With alarms sounding in so many directions, the National Institutes of Health (NIH) ordered a study on the safety of estrogen in 1993 – 51 years after Premarin received FDA approval.

The Women’s Health Initiative (WHI) was supposed to last 10 years and included 25,000 healthy women using estrogen plus progestin. The results were so devastating, however, that the estrogen part of the study was canceled after 8 1/2 years.

The risk of stroke was 41 percent higher among the women, and the risk of breast cancer was up 26 percent. These women also suffered more blood clots.

Other risks of HRT include:

Prescriptions for Premarin and Prempro – another popular product — dropped from 67.2 million in 2000 to just 18.5 million in 2006, according to Bloomberg News.

Today, doctors typically prescribe hormone replacement only to women with symptoms of menopause, in low doses and for a short time. Pfizer, which took over Wyeth and its hormone products in 2009, continues to fight litigation over these drugs.

“Right now, the big difference is we do not recommend hormone therapy for good health or health promotion or anti-aging,” Dr. Lynne T. Shuster, director of the women’s health clinic at the Mayo Clinic, told The New York Times.

The timeline and troubles for testosterone are so similar to what happened with estrogen that doctors on both sides of the debate are calling for a long-term study similar to the Women’s Health Initiative.

A 2009 federally funded study to determine whether testosterone helps elderly men build muscle mass, was stopped because of heart attacks and other heart issues.

These studies prompted the FDA to announce that it is investigating the risk of stroke, heart attack and death among men taking FDA-approved testosterone products.

“The big thing is, we just don’t know the long-term risk of testosterone therapy at this time,” Jacques G. Baillargeon, an epidemiologist at the University of Texas Medical Branch at Galveston, told The New York Times. “It’s particularly concerning when you see the dramatic increase happening at such a large scale so quickly.”

AbbVie, the maker of the No. 1 testosterone product on the market – AndroGel – is already facing product liability lawsuits filed by men who say they were injured by the gel. Testosterone litigation is expected to grow substantially in the coming months.

Dr. Al Barqawi, a urologist at the University of Colorado Hospital, told a CBS station in Colorado that he thinks testosterone drugs are being over-prescribed in part because people are being bombarded by TV ads.

“There is a misconception that testosterone is the elixir of life, where this fountain of youth is coming from it. It’s not true,” he said.