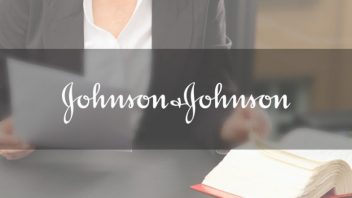 The drug giant refused to disclose the amount of money it is paying to 111 plaintiffs in the U.S. District Court for the Middle District of Georgia. J&J requested late last month that a trust fund be established to handle settlements, though the exact terms are unknown, Fierce Medical Devices reported.

Court documents in the same district show that the company also settled a handful of cases in September and October of 2014.

The cases consolidated in multidistrict litigation (MDL) before before Judge Clay Land are related to the Mentor ObTape Transobturator Sling, a product typically used to treat stress urinary incontinence (SUI). The sling is a piece of polypropylene plastic shaped like a strip of tape. The company maintains that the sling is a safe product although it discontinued the sling in 2006.

Hundreds of other cases are pending before Judge Land, and six bellwether cases are set for trial in October and November. One previous bellwether, Morey v. Mentor Corp., settled before a July 2013 trial.

“The overall benefits of the procedure and this product outweighed the potential risks,” John Q. Lewis, one of Mentor’s attorneys told the New York Times after a number of lawsuits against Mentor were filed in 2009.

According to lawsuits, Mentor Corp failed to warn doctors and women about the risks of ObTape and willfully concealed the complications. Injuries listed in court documents are extensive, including infections, bleeding, chronic mental and physical pain as well as inability to have intercourse. Some women continue to suffer complications because the mesh is too ingrained in vaginal tissues to be removed safely.

Negligence, fraudulent concealment and failure to warn are among the charges levied against J&J’s Mentor unit.

One of the Largest Mass Torts in U.S. History

Ethicon faces the largest number of unresolved claims, followed by American Medical Systems with a little over 19,000. In all, more than 70,000 plaintiffs suing a number of mesh manufacturers wait for their day in court in one of the largest mass torts in history.

Judge Goodwin urged attorneys from both sides to work harder to resolve cases. The judge previously recommended defendant C.R. Bard settle more than 10,000 cases against it to avoid billions in trial loses.

American Medical Systems already said it would set aside $1.6 billion to settle its lawsuits, and Goodwin wants more companies to follow suit.

February kicked off with two days of meetings between the judge and attorneys aimed at resolving the massive case load – and new cases continue to pour in. Goodwin warned companies that they should consider settlement, but that he was going to send cases to trial as quickly as possible, Reuters reported.

“I’m going to kick it into high gear and ask that you do the same,” the judge said at the meeting.