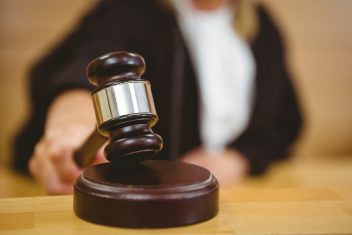 Jurors in Chicago federal court have decided Endo International’s Auxilium unit was not to blame for a heart attack suffered by a man who was using the testosterone replacement therapy drug Testim.

The jury verdict, handed up on Nov. 16, 2017, was the first involving Endo’s Testim and the first win for a drug maker in a testosterone replacement therapy trial.

Jurors in Chicago previously ordered another manufacturer, AbbVie Inc., to pay $150 million and $140 million to two different men who alleged the company and its product AndroGel were responsible for their heart problems.

The Endo trial and those involving AbbVie are designated as bellwether trials. Bellwether cases are considered representative of other lawsuits with similar allegations and are selected to go to trial first to give the parties an idea of how the legal issues will play out. This is intended to inform potential settlement negotiations.

The Nov. 16 verdict in favor of Endo involved a plaintiff named Steve Holtsclaw of Hampton, Tenn. According to his lawsuit, Holtsclaw used Testim from around Dec. 20, 2013, to about July 3, 2014, the day he suffered a heart attack.

Auxilium argued in court pleadings that it had requested changes to the Testim label regarding cardiovascular risks, but those changes were rejected by the U.S. Food and Drug Administration, before, during and after Holtsclaw was using Testim.  Auxilium also maintained that Testim didn’t cause Holtsclaw’s heart attack.

Holtsclaw’s attorneys argued that the FDA requested more research and didn’t prevent Auxilium from warning about the cardiovascular injury suffered by the plaintiff.

Ultimately, jurors sided with the drug maker, however, and did not award any damages to Holtsclaw.

Two previous trials over testosterone replacement therapy ended in multi-million-dollar verdicts in favor of men who suffered heart attacks; one case ended in a mistrial.

The men argued that AbbVie aggressively marketed AndroGel for a made-up medical condition called “Low T” (for low testosterone), which was really just the natural effects of aging. AndroGel was approved only for an uncommon condition called hypogonadism, which involves severely diminished or no testosterone.

Jurors ordered AbbVie to pay $150 million to Jess Mitchell, an Oregon man who started using AndroGel at the age of 43 in 2008. That jury held in July that AbbVie’s negligence didn’t cause Mitchell’s heart attack. Nonetheless, jurors ordered the company to pay punitive damages for false marketing or fraudulent misrepresentation.

Jeffrey Konrad of Tennessee was the beneficiary of a jury verdict in October ordering AbbVie to pay $140 million, including $140,000 in compensatory damages.

Bellwether trials in the more than 6,000 remaining lawsuits over testosterone replacement therapy drugs are scheduled to continue into 2018.

All federal testosterone heart attack lawsuits are consolidated in multidistrict litigation being managed in Chicago.

Multidistrict litigation is a means for federal courts to manage large numbers of lawsuits involving small numbers of defendants and the same issues. All pre-trial decisions are made by the same judge, who also presides over bellwether trials.