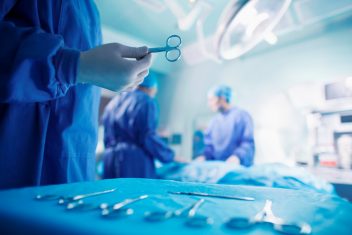 Manufacturers sold 61 transvaginal mesh devices in the U.S. without clinical trials, according to a review released this month.

The review comes within days after Australia became the first country to ban some uses of transvaginal mesh.

New Zealand announced Dec. 11 that it would follow Australia’s lead, and the U.K is expected to announce a ban Dec. 20. The U.S. has yet to take action on a ban.

According to the review published in the BMJ Open, the U.S. Food and Drug Administration allowed sixty-one mesh devices on the market through the 510(k) clearance process without adequate evidence of safety or effectiveness.

“Clinical trials evidence did not form part of the approval process, and when trials were conducted, they occurred a considerable time later (up to 14 years),”review authors Dr. Carl J. Heneghan of Oxford University and colleagues wrote.

Transvaginal mesh is a net-like piece of surgical plastic doctors use to treat pelvic organ prolapse (organs dropping into the vagina) and stress urinary incontinence.

In recent years, controversy over the products has been growing as the FDA received thousands of reports of complications linked to products manufactured by companies, including Johnson & Johnson’s Ethicon, Boston Scientific and American Medical Systems.

For two decades, the FDA cleared mesh products for sale in the U.S. through the 510(k) process, a less stringent approval process.

The 510(k) process allows manufacturers to sell moderate risk Class II devices without extensive clinical trials if their products are “substantially equivalent” to products already on the market.

Heneghan and colleagues found manufacturers were allowed to sell the devices based on Ethicon’s Mersilene Mesh (cleared for pelvic use in 1985) and Boston Scientific’s ProteGen Sling (cleared in 1996).

Boston Scientific recalled the ProteGen Sling because of safety concerns in 1999. U.S. doctors still use Mersilene Mesh, which has been used to treat different types of hernias since 1954.

“Transvaginal mesh products for pelvic organ prolapse have been approved on the basis of weak evidence over the last 20 years,” the review’s authors wrote. “Devices have inherited approval status from a few products.”

As part of the reclassification, the FDA released 119 orders for transvaginal mesh manufacturers of 126 different devices. These orders directed the companies to conduct postmarketing surveillance studies, the BMJ review reported.

Companies mentioned in 11 orders said they would proceed with gathering data. So far, only seven studies have started with 2,756 participants. None of the studies has reported outcomes.

The review’s authors highlight the need for a better system to ensure the safety of patients using medical devices.

“Our findings highlight the lack of evidence used for licensing transvaginal mesh products,” the authors wrote. “When evidence has been forthcoming, it has often emerged too late to inform clinical practice. The current systems for ensuring patient safety are inadequate for medical devices.”